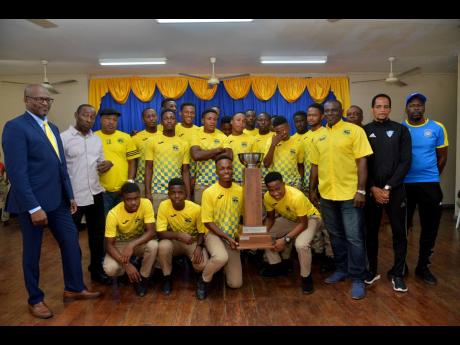 In this file photo from December 2019, team bus driver Keith Dunkley (right) poses with the Clarendon College football team during their school’s celebration of their ISSA/WATA DaCosta Cup win. 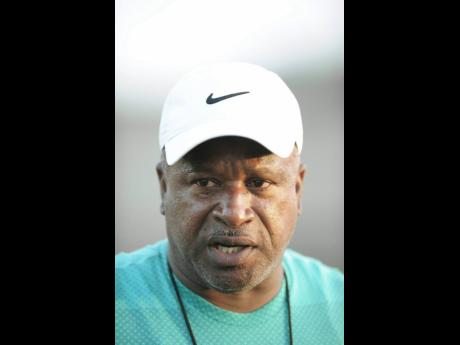 Keith Dunkley, Clarendon College's (CC) driver, passed away yesterday after the school bus he was driving was involved in a three-vehicle accident outside Chapelton, in the parish on Tuesday.

Hyde says they have lost a dear friend and a reliable servant of the school.

"He was our driver for a number of years," he said. "But he not only drove, he was there among the players when were at the hotel, he helped out in the kitchen when we were cooking, he did all the running around.

"He was my brethren, very reliable. You could ask him to do anything, once it had to do with the team, he was ready."

"This is not an easy loss," Palmer said. "Dunkley was like a father and everything to the kids. He came to camp with them, he was at every training session.

Fell into a coma

"He did everything with them, he was their brother, their father and caretaker.

He made sure they ate and he took them to the doctor, and he died on a journey like that, as he was taking two athletes from the physiotherapist when that happened."

STAR Sports learned that Dunkley suffered injuries to his chest and required operation the evening of the crash.

During the operation, it is understood that he fell into a coma and passed away.

However, Dunkley, had a reputation for being a careful driver, and his accident was a surprise to those who knew him well.

"The players always had fun with him, but he was very strict on the bus, when he's driving everyone had to be seated," Hyde said.

"So it is a surprise that this happened because he does not make mistakes on the road, he was a very careful driver, especially when he was driving the team. So I don't know how this could happen."

"It was his first ever accident," Palmer said. "He had been driving for the school in excess of 15 years and we trusted him with our lives. It is a sad one because he was someone who could never be replaced."

Renford Mowen, a taxi driver of a May Pen address, died at the site of the crash.