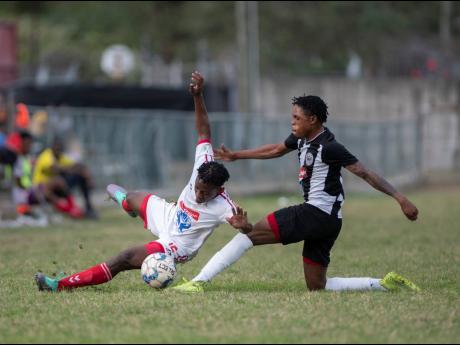 Acting General Manager of the Professional Football Jamaica Limited (PFJL), Arlene Martin, said they are inching closer to the start of the Jamaica Premier League (JPL), adding that the organisers are looking at a June start date for the competition.

She further explained that an actual date has not been settled on and added that details on the format of the top-flight competition would be confirmed and made public shortly.

"We are getting a little bit closer. We will be announcing soon, I would say, but we are currently working with the JFF (Jamaica Football Federation) on the league format and organising the match schedule, and that work continues," Martin said.

"I can tell you that we are looking at June and from the discussions we have had, we are looking at starting in June, but we are still working on the format and schedule. However, we hope we can finalise that this week," she added.

Martin stated that there were many factors to take into consideration in deciding on a start date and assured that all the elements have been given careful thought.

"There are no major sticking points. It is just what will work best when you consider all the factors and there are so many factors when it comes to finalising the start date. But we are working very hard to get it finalised this week," she insisted.

Martin added that they are also hoping that training venues for the respective teams will get their final health protocol inspection and certification from the Ministry of Health and Wellness by this week, so they can start their preparation for what is expected to be a shortened season.

Although they have received approval for all of the teams to resume training at their respective venues, Martin pointed out that a final inspection and certificate is required before these facilities can actually be used for training purposes.

"As soon as they (teams) get that (certification), they could begin training and it is something that we're looking at this week to get done as well. The Ministry of Health has the final say, so I cannot give a real indication on that, but we are hoping that we can complete inspections this week and we are hoping that it will be (done in) a short time frame," she said.

The Jamaican government recently announced its decision to give the green light for the Jamaica Premier League to resume, after a year and two months without domestic football activity due of the coronavirus pandemic.

The development comes after months of planning and discussions between officials from the PFJL and the government.