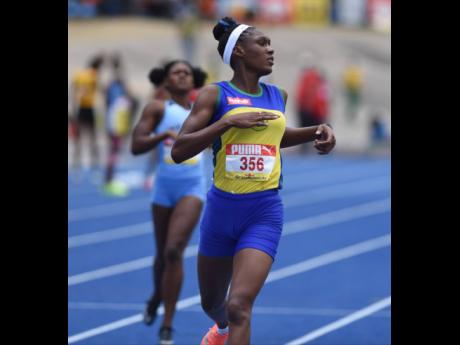 Rusea’s High School’s Aalliyah Francis at the ISSA/GraceKennedy Boys and Girls’ Athletics Championships at the National Stadium on Saturday. 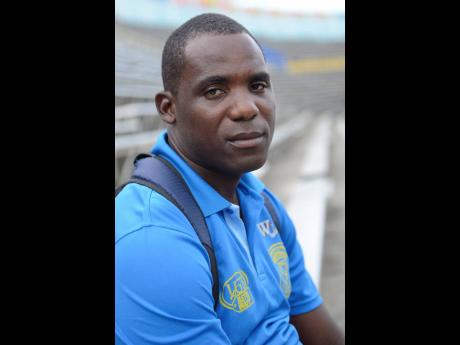 However, as satisfying as her Class One 200m and 400m double was, both were looking for more. A day after she crowned herself high school queen of the long sprints in Jamaica, Francis hinted at a slice of disappointment.

In the 400m, she held off Hydel High School's captain Garriel White, who crossed the finish line in 52.77s.

Asked about her follow-up to her recent Western Championships double, Francis replied "It felt really good. It's what I've been training for the whole season. I was expecting to go faster in both events but I still like the results."

Francis went to Champs as one of the favourites and Myles suggested that may have made her a little uncomfortable.

"We did expect a 51s, 51s high, but you know Champs already," he said. "You can see the nervousness when she was going out because the pressure of winning sometimes is even greater than the pressure of maybe losing."

Still, all was well that ended well.

"But it somewhat went according to plan because she came away with both gold medals basically and that's what we expected," Myles said gratefully.

The expectation for a fast time came after she set the season's fastest time of 53.40s on the grass track at St Elizabeth Technical High School, at Western Championships.

"I know she can go 51s but the problem is that I think it is the better event for her, [but] it's like she wants to run the 200m because she turned to me and she said, I kinda feel tired coming off the curve," Myles said.

With the COVID-19 pandemic already disrupting training this season, Myles faces a challenge as he and Francis turn their attention to the World Athletics Under-20 Championships in Nairobi, Kenya.

"We're preparing for the 400m for World Juniors, and as a coach that's where I would like to go," he said. "But if she decides she wants to go to the 200m, I think, carrying her down, she can run 23s low basically, but I am hoping she will want to go the 400m.

"It's a long season, people are tired, to get them up and go again, it's like it can be frustrating and I don't want to frustrate the athlete."

Congratulations are,however, coming in for Francis.

"It feels good," she said. "It still feels regular because I'm a regular person but it feels good."