St Catherine’s coach on a high 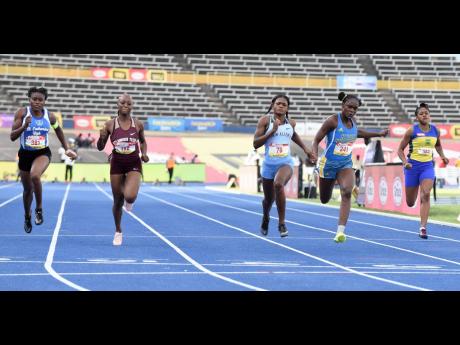 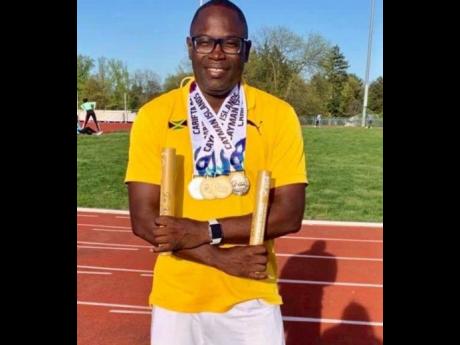 St Catherine High's girls' coach, Marlon James, has a lot to smile about after the school picked up an impressive sixth spot at last week's ISSA/GraceKennedy Boys and Girls' Championships.

Known mainly for its exploits in netball, the St John's Road-based school produced their best-ever performance at the national inter-secondary track and field championships by bagging 75 points for a sixth place. The points tally surpassed the 44 they earned in both 2015 and 2019. In 2019, the 44 points gained earned the school 10th spot.

James, who has been in charge since 2010, was over the moon after the performances by his athletes. "I feel very overwhelmed with the performances of the girls as everyone made a lot of sacrifice to make this happen," he said "There was the support from principal Marlon Campbell, who allowed the team to train three times a week on campus; the parents, who allowed their children to come to training during the pandemic; and the excellent support from our alumni group all played significant roles here," he added.

James stated that all 23 girls taken to the championships contributed significantly, but singled out his Class Four group along with Class Three athlete, Kitania Headley. "I am very proud of my Class Four girls who got most of the points. They reached all but one final in the class. In Class Three, Headley placed third in the 400m and fifth in the 800m," he sad.

In recent years, the St Catherine High programme has produced the likes of Annakaye Allen, Shian Hyde, Jhonelle Thomas and Julien Alfred from St Lucia. They have all won medals at the championships and are now on athletics scholarships abroad. Both Thomas and Alfred have also won medals at the international level. Thomas won the 400m hurdles gold at the 2017 Youth Commonwealth Games while Alfred mined silver in the 100 metres at the World Youth Olympic Games. Alfred, with her seven medals, is the most successful athlete from the Caribbean to compete at Champs.

James is looking forward to more success for his team in the future.

"I think we can do much better in the future. To do this, however, we need to do more recruiting of athletes and have coaches in specific individual disciplines," said James, who added that he was also very confident that the past students will increase their support for the programme.