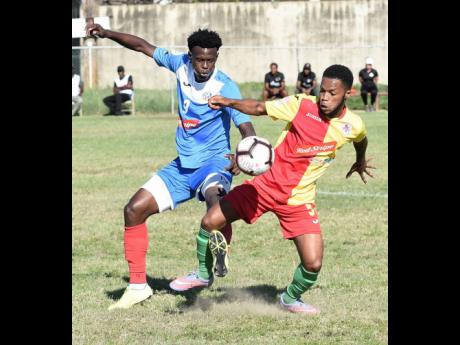 Jamaica Premier league (JPL) clubs that have been inspected and approved were given the consent by the Government to resume training yesterday.

A letter from Professional Football Jamaica Limited (PFJL) to the JPL clubs on Tuesday said that "Since all the clubs have had their initial venue inspections, we write to update that training may resume starting Wednesday, May 26, 2021."

However, it instructed that this was only for the clubs that have been inspected and approved by the Ministry of Health and Wellness (MOHW).

Clubs that have not had their venues approved do have the option of using the grounds of another club that has been approved until they get their clearance.

"If there is a club with a venue not yet approved, please send the suggested update and time for the follow-up inspection that you require, if it has not already scheduled," the letter read.

PFJL General Manager Arlene Martin said that approved clubs have received permit to begin training. However, she said they were waiting for the full complement of teams to finalise inspection before declaring the full approval.

"Centrally, we are trying to push it through, where the MOHW pools all of them together and submits it to the PFJL," she said. "So we are getting all of them in. I am coordinating everything to go centrally through the MOHW."

Martin said that only two clubs had not been inspected up to last Friday. However, both were done recently and only one of the two has a follow-up remaining, and that is due to take place today.

Upon completion of the inspection and submission of the results, Martin said they will be looking to make a full declaration for training by tomorrow.

"The MOHW has approved the league, so essentially the clubs from the different parishes have their approval," she said. "But since they are all linked, they want to ensure that everyone is in the same place, so by Friday I should have all the answers."