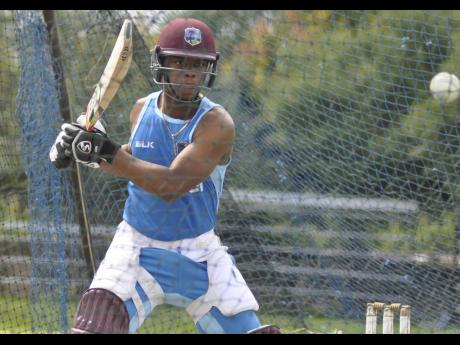 Legendary captain Sir Clive Lloyd has urged under-fire stroke-maker Shimron Hetmyer to "produce the runs" and remove any debate over his eligibility for a central retainer contract.

The left-handed Hetmyer was one of eight players snubbed by Cricket West Indies (CWI) for white-ball contracts earlier this month, while the Test pair of Shamarh Brooks and Shane Dowrich also lost their red ball contracts and all-rounder Roston Chase his all-formats deal.

Debate has subsequently raged - especially in his native Guyana - over the decision by selectors not to award Hetmyer a central contract but Sir Clive contended the 24-year-old simply needed to start scoring runs consistently at international level.

"It's simple. The guy's got ability - we know that. All he needs to do is produce the runs and there should be no problem," Sir Clive weighed in.

"It is obvious that they're talking about his fitness ... we will find out how good he is and how long he bats and so on, and it's a situation as a batsman, you put some scores up there."

Hetmyer played only two matches during the contract assessment period between April 1, 2020 and April 1, 2021, scoring 25 runs from two Twenty20 Internationals in New Zealand.

The former Under-19 World Cup winning captain has not played a Test - where he averages just under 28 - since November, 2019. He opted out of last year's tour of England and the tour of Bangladesh earlier this year due to COVID-19 concerns.

Sir Clive, responsible for the near invincible West Indies side of the 1970s and 80s, said his advice to Hetmyer, along with all young West Indies players, would be to focus on reaching the required fitness and attaining high performance levels.

"I would tell him try and get to that fitness level that they're talking about," Sir Clive told Starcom Radio's Mason and Guest.

"I know he's earning good money - that's great. Any cricketer who is earning I am happy with because we were always bridesmaids where the monetary side is concerned. So now, if you produce the goods, you will be paid well - money is a subsidiary of success."

Hetmyer averages 27 from 16 Tests without a hundred, averages nearly 37 from 45 one-day internationals with five hundreds and averages a shade under 19 from 27 T20 Internationals, which have yielded a strike rate of only 116.