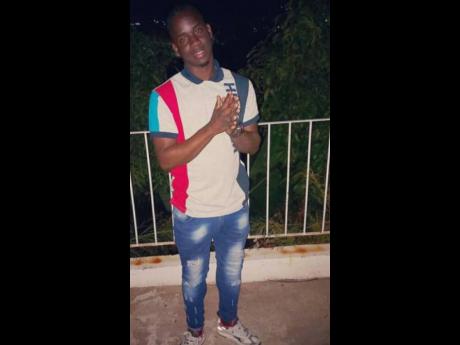 Edwards, who also represented Haile Selassie High School in the Manning Cup, and another man were shot dead on Lincoln Avenue in Kingston on Tuesday.

Edwards, 23 years old, represented Olympic Gardens at the under-13, under-15, under-17, and under-20 levels, but never turned out for the senior team, or played for another club. He is remembered as a humble person.

Olympic team manager Michael Peart says the manner of his passing came as a shock to those who knew him well.

"He played all youth football for us," Peart said. "It is only the Major League that he did not play. He wasn't playing for any other club, as I didn't sign a release for him to leave. He just kind of drifted from football."

Edwards was working for a Kingston-based importer, and was the main breadwinner for his family at the time of his death.

"He was a very quick centre forward, and I always tried to encourage him to come back and play," Peart said.

"When he use to be around the team, he was always a humble person. When they said he got shot I was surprised.

"When I heard, I thought it was illness but then I heard it was by the gun. But the type of person he was, and what I knew him to be, I would assume that he was at the wrong place at the wrong time, as to be involved (in crime), I don't think he was capable of something like that.

"We send condolences to his family and his friends. We are going to miss him."

Olympic youth coach, Dwayne Francis, also believes he was in the wrong place at the wrong time.

"I don't know what he was doing there," Francis said. "I don't know if he was asked for a list (delivery). I think he went to see somebody he knew, he wouldn't go to somebody he did not know. So I don't know the purpose of him being there.

"I saw him earlier about midday. I went to pick up some stuff from him and we had a small conversation.

"He didn't talk much about getting back in football, it was mainly about providing for his family, as he seemingly was the breadwinner.

"So I didn't have him as that type of youth. I knew him as one of the progressive ones who was trying to do the right thing."

Edwards, who resided in the Seivwright Gardens community, is survived by his two sons.