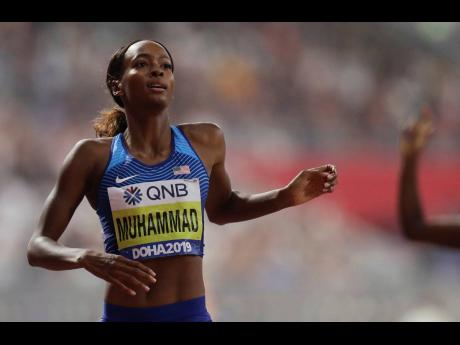 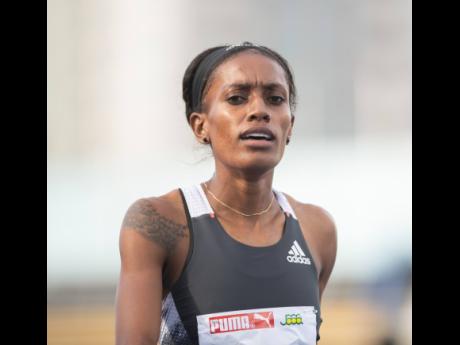 FOLLOWING BIG season's best times in the women's 400 metres hurdles in Jacksonville on Monday , Jamaicans Ronda Whyte and Shian Salmon will face the American duo, world leader Shamier Little and world record holder Dalilah Muhammad, in the event tomorrow at the inaugural North American, Central American and Caribbean New Life Invitational meet. The meet which is set to begin at 2 p.m. will be held at the Ansin Sports Complex, in Miramar, Florida

It has been a dream season for Whyte so far. Her season's best 54.33 seconds puts her at number two on the World Athletics Top list and she will be hoping to lower that mark tomorrow in this competitive line-up led by world leader Little, who clocked 53.12 to defeat Whyte in Jacksonville where Salmon was third in a personal best 54.97. World champion Muhammad, with a season's best 55.51, will be aiming to lower that mark in what should be the clash of the meet. After missing out on two Diamond League 100 metres races in Gateshead and Doha, Olympic champion Elaine Thompson-Herah is down to compete in both the short sprint and the 200m at the meet. Thompson, who is the number two-ranked female on the world list in the 100m, with a season's best of 10.78, will clash with teenager Briana Williams in both events. Following her recent National Junior record 10.98 seconds clocking in Jacksonville four days ago, Williams could lower this mark again as the line-up will also include countrywoman Natasha Morrison who has a season's best of 10.87 which puts her fourth on the World Athletics Top list.

After her third-place finish in the women's 100m hurdles in Jacksonville, 2015 World Championships gold medallist Danielle Williams, who clocked a season's best 12.65 seconds, will be gunning for victory here. She will face strong competition from world number three Tobi Amusen of Nigeria who has a season's best 12.48 and American Christine Clemons whose season's best 12.59 has her at number seven on the World Athletics Top list.

On the male side, Jamaica's quartet of Nigel Ellis, Yohan Blake, Oshane Bailey and Tyquendo Tracy will be hoping to improve on the country's 38.33 seconds 4x100m time which puts them at 11th place going into the Tokyo Olympics. They will want to cement their spot with a faster time. The top 16 teams are guaranteed places in the Olympic Games.