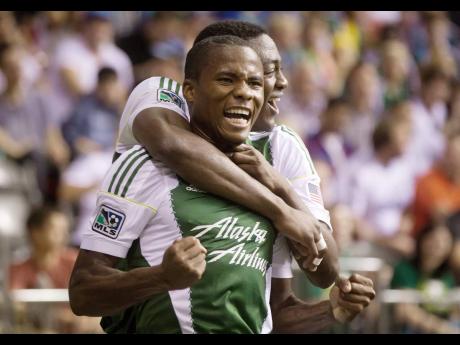 National defender Alvas Powell will be returning to Major League Soccer (MLS) this year and will land in a new environment with familiar Jamaican footballers.

Powell, 26, has signed a one-year deal with reigning Supporter Shield winners the Philadelphia Union after being in training with the club since late May. The deal was announced earlier this week on the club website. Powell will have welcoming faces in the team as the squad also consists of national goalkeeper and captain Andre Blake and Cory Burke.

Union sporting director Ernst Tanner said that his MLS experience as well as his playing ability will be assets to the team as they look to strengthen their defensive line.

"We are excited to add Alvas to our defensive unit. He brings almost eight years of MLS experience to the club as well as the mentality and work ethic it takes to win a cup," Tanner said on the club website. "He has the physicality required to contribute to all phases of play and adds important depth to our backline."

The Philadelphia Union will be the fourth MLS club Powell will be playing for after previous stints with the Portland Timbers, FC Cincinnati and Inter Miami. Powell first came into the league in 2013 with the Timbers on loan from Portmore United and was signed permanently in 2015, the same year he helped the team capture their first MLS Cup title. He would subsequently spend three years with the Timbers before going to play for expansion club Cincinnati in 2019 where he would spend one season before joining Inter Miami in 2020.

After his contract was not renewed after the 2020 season he signed with Sudanese club Al-Hilal last January but after making two appearances, he requested through his agent that his contract be terminated because of his "inability to cope with the atmosphere in Sudan."

Powell, along with Blake and Burke, were named to the 30-man Reggae Boyz squad announced in May for the ongoing international matches against Serbia and the Japanese Olympic team but all three were among the players who did not make the trip because of extended club commitments, injuries and other reasons.

Powell could make his club debut after the international break when the Union play Atlanta United on June 20.