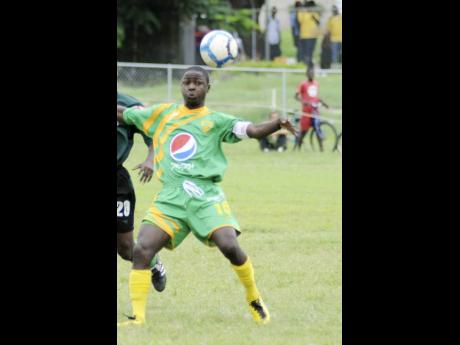 Brett, 29, scored his sixth goal from eight games so far this season which also marked his 50th regular-season goal in the USL as the Legion defeated the OKC Energy 2-1 in their game last Saturday. Brett was coming off his USL Championship Team of the Week bid for his two-goal performance against FC Tulsa last weekend.

It only took two minutes for Brett to continue his hot goal-scoring start to the season. He managed to get on the end of a JJ Williams header and his one-time effort powered past OKC goalkeeper CJ Cochran to bring up the half-century mark. However, OKC would manage to find the equaliser in the 73rd minute, thanks to Villyan Bijev's penalty kick. The match was seemingly heading towards a stalemate until the 83rd minute. National striker Junior Flemmings, who was a second-half substitute, managed a low pass across the face of goal which Williams converted to give Birmingham a narrow victory.

Flemmings, who did not join the Reggae Boyz roster for their just-concluded friendlies in Japan, now has two assists in five league games so far this season.

The result is Birmingham's fourth straight win of the season and their second away from home. The win now takes them to the top of the Eastern Conference Central division with 16 points, with Brett now in a three-way tie for the golden boot with Jorge Hernandez of LA Galaxy II and Santi Moar of Phoenix Rising FC.

The Legion will continue their road schedule with a game against Louisville City tomorrow evening before returning home to face the Austin Bold on Saturday.