Gilbert: Girlz are getting there 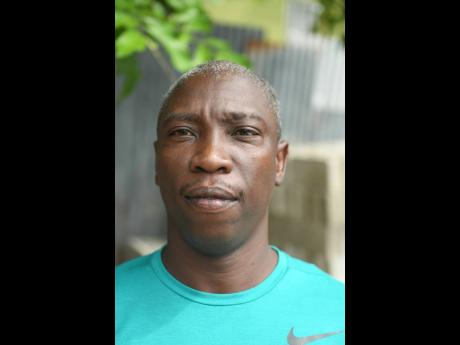 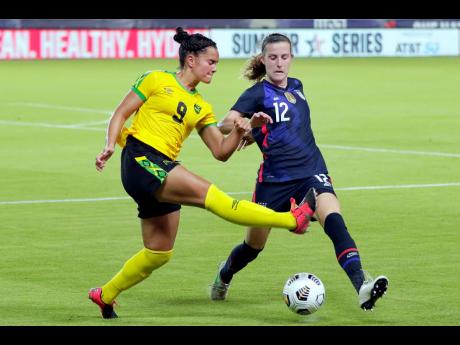 Jamaica forward Kayla McCoy (9) kicks the ball away from US defender Tierna Davidson (12) during the second half of their 2021 Summer Series on Sunday in Houston. The Americans won 4-0.
1
2

The senior national women's team went down to their fourth straight defeat against World champions the United States on Sunday but national assistant coach Xavier Gilbert says that the Girlz have shown improvement which will be beneficial as they look to qualify for the next FIFA Women's World Cup.

The Reggae Girlz lost 4-0 to the US in their international friendly on Sunday at the BBVA Compass Stadium in Houston, Texas, ending their two-game summer series with one win and one defeat. Jamaica defeated African champions Nigeria 1-0 last Thursday in their first game in 14 months.Gilbert, who was part of the local delegation which returned to the island yesterday, said that while the latest loss to the United States was disappointing, he took positives from the fact that they were able to withstand more pressure than in their previous outings.

"As bad as it might sound this is probably our narrowest margin of defeat to the Americans. That shows that we are getting better. Had we been a little bit more disciplined in the early stages of the game, things would have been different," Gilbert told STAR Sports. "I think that (the early goal) put us on the back foot and it was always difficult to recover."

Matches against the United States have always been one-sided with one of the Girlz's biggest defeats coming in 1994 where the US won 10-0. In their previous meeting in 2018, the Americans ran out 6-0 winners in their Concacaf Women's Championship semi-final as they secured automatic qualification to the 2019 Women's World Cup. Jamaica would win the third-place playoff to historically advance to the tournament.

In Houston, the home team took the lead in the first 24 seconds through Carli Lloyd and in the seventh minute, Lindsey Horan doubled their advantage from the penalty spot after captain Konya Plummer committed a foul in the box. The Jamaicans were reeling after Margaret Purce added a third in the 22nd minute but were able to hold off the American attack for the rest of the way until Alex Morgan wrapped up the win in the second minute of second-half stoppage time. While Gilbert is disappointed with the defensive lapses, he says that being able to play the champions this early before the start of the November World Cup qualifiers will be of great benefit in the long term.

"That's why it's fantastic to get these games this early. We will evaluate and see what we need to work on," Gilbert said.