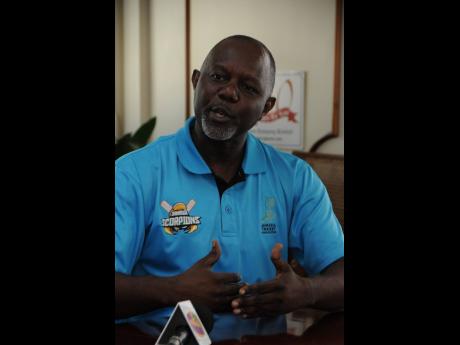 President Oneil Cruickshank says the club has reassigned executives to new roles and added new personnel to enable the club to be a more professional unit and the team to perform on a consistent level.

Eurado Cornwall, who was the unofficial chairman prior to Higgins' appointment, will now operate as general manager, while Shawna-Kaye Cohen will remain as the club's administrator.

Cruickshank declared that their financial backers deserted them last year after the team made an impressive six from six start but then faded dramatically. The club president said they learned a lot from the experience and now they have taken steps to implement the type of structure that will ensure the team gets the required support throughout this season and leading into the next.

"We have brought in Peter Higgins from NCB. He was already a part of the club initially, as director of finance. He will bring organisation to our administrative side," Cruickshank stated.

"Harvey, the team manager, and Palmer, our new general secretary, are both from Customs. Byfield is a manager (promotions and merchandising) at the Ramson Group. She is a good addition.

"Cornwall and Cohen are original people. Cornwall used to function as chairman, he is now the general manager and Cohen remains as administrator.

"We also have Trevor Saunders, our development coordinator to develop programmes for the youth," he explained.

Cruickshank said the intention is to avoid a similar experience like the one they had last term when they struggled to meet financial obligations when their main financial backer withdrew from the club. He believes that caused the dip in their performance as the season went on.

This time around, the club president says the technical team led by Calvert Fitzgerald will have the necessary support from the administrative team to get the necessary things in order for the team to perform.

"Everyone knows the struggle we went through last year. We started well when we had the finances behind the team, but once the money dried up the points also dried up.

"I think this support staff will carry us through the three months and then prepare for the preseason to come around November," Cruickshank said.