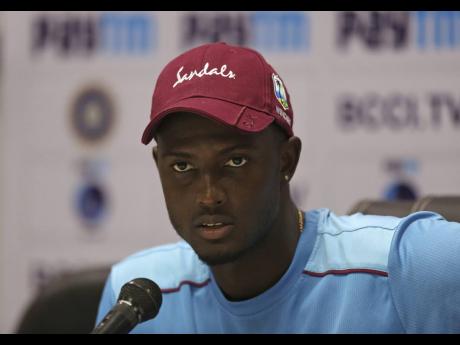 The top-ranked Test all-rounder pointed out that while several of the newer players had excelled in recent series, South Africa presented a different type of challenge, to which they needed to adjust in order to excel.

Further, Holder noted even though the experienced likes of Roston Chase, Shai Hope and Kieran Powell had returned to the side, they also required time to become re-integrated.

"You get different oppositions that suit different styles and different persons' games," the 29-year-old told an online media conference.

"Some persons thrive against the Bangladeshis which are more subcontinent spin bowling-friendly attacks, some persons like pace and bounce [with] the ball coming on, and that's where you get a team coming together.

"It's not everyone who's going to go out there every day and perform, but the thing that you would like would be to have a little more consistency and not having these massive imbalances, when you get performances such as the one we had with our bat [in the first Test]."

He continued: "We must understand we've got a relatively inexperienced batting line-up. You've got (Nkrumah) Bonner who's into his [fifth] Test match, similarly with (Kyle) Mayers, [and] Joshua Da Silva only about five [Tests] or less.

"So we've got pretty much the majority of our top order who are relatively inexperienced. You only have Kraigg (Brathwaite) who's been around for a while."