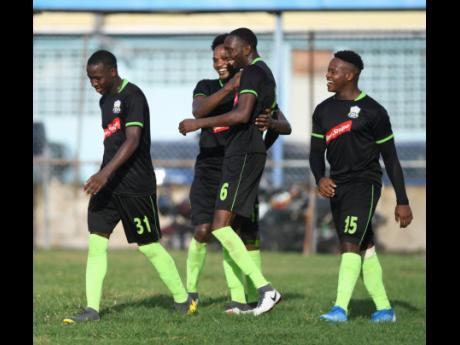 Higgins says Molynes United wants to follow in the footsteps of clubs like Cavalier and Harbour View who have established themselves as key players in the transfer market.

He also believes the club has assembled a very competent executive team that can help them get to their objective.

"The first thing is to remain in the league, it gives us visibility especially when people are looking in from an international point of view," he added.

The club has appointed Trevor Saunders as youth development coordinator and he will work closely with head coach Calvert Fitzgerald in developing the club's junior talent for the international market.

They will also look to adopt a system similar to Harbour View and Cavalier, who play predominately young players and consistently find overseas markets for these young talent.

"We want to have a structure similar to that of a Cavalier or Harbour View. We want our focus to be on youth and we actually want to be a selling club

"We have brought in someone to focus on recruitment at the youth level, so Saunders will be our development coordinator and will work with Fitzgerald in identifying young talent. So we can develop those talent and actually move some of these players overseas.

"That is our long-term goal, to develop a pool of young players so we can move into the overseas market," Higgins stated.

Though he acknowledges that this is no small task, he insists the high-powered executive team they have put together is capable of taking the club to the heights they have envisioned.

"We recruited good business people so we can actually go out in terms of our development plan and get people to assist us," the Molynes United chairman said.

"The plan is to go out, talk to sponsors and corporate Jamaica and get them to come in. It is not to go out and get money but actually get people to work with us in terms of what we can offer to them and their brands.

"We have found out how difficult it is to sell and market football especially if your club is not at the top level.

"But we believe if we professionalise the club, we will attract sponsors and by extension greater support for football. And if management is good that will be reflected on the field," Higgins noted.

The 2020-21 Jamaica Premier League season, which has been delayed because of the COVID-19 pandemic, is set to kick off on Saturday, June 26.