Cyclists look to bag medals at Pan Am Champs 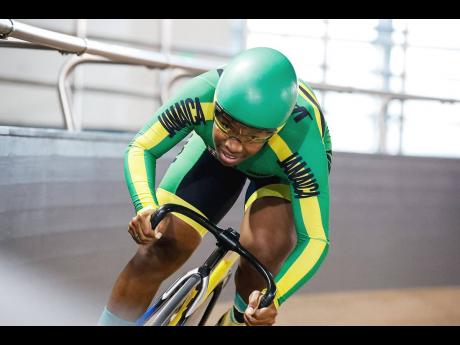 A four-member Jamaica cycling team left the island yesterday to participate in the Pan American Track Cycling Championships from June 23-29 in Lima, Peru.

Despite only two weeks of solid preparation, president of the Jamaica Cycling Federation (JCF), Dr Wayne Palmer, is anticipating medals from the contingent, especially lone female representative Dahlia Palmer, who is the highest ranked female rider in the Caribbean. The other cyclists are Brandon Reid, Daniel Palmer and Zoe Boyd.

Cycling, like all local sports, was indefinitely suspended because of the coronavirus pandemic. The association was granted government approval to resume activities a few weeks ago, allowing the team to put in two intensive weeks of training before their departure. And with the pandemic disrupting many other team's preparations, the JCF boss is convinced their chances are as good as any, and he thinks Dahlia Palmer, who qualified for the International Cycling Union (UCI) Nation's Cup and is now ranked 34 in the world, is poised for a medal.

"We did what we could in the short time we had access to the [National] Stadium. We got two weeks and I would say they made the most of it and maximised it. We have four riders, one female and three males and we are expecting Dahlia to medal and we expect the rest of the team to be competitive.

"As a matter of fact, we believe everyone can medal because everybody had downtime and was not able to train because of the pandemic. So I think we have as good a chance as any because we all are in the same position.

"The only difference is that those other countries who could train would have better infrastructure. But the federation has done its best up to this point, ensuring the athletes got what we could provide based on the circumstances and the conditions. So all the athletes will give their best whatever the outcome," he said.

Palmer pointed that the team also left two days ahead of the start of the championships in order to get acquainted with the conditions in Colombia and familiarise themselves with the cycling velodrome.

The JCF boss said they have had some challenges. They were not able to get some equipment in time because of delayed shipping caused by the pandemic and also had travel hiccups because the usual travel arrangements are not in place any more as there are not as many flights so they could not depart when they wanted to and that led to extra cost.

"But we have been able to put together the best preparation we could in the time given and we are confident that they are able to overcome and produce the goods," he said.