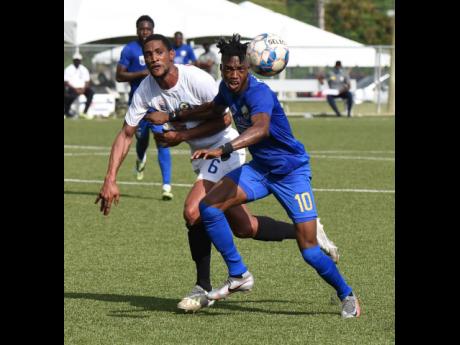 Mount Pleasant Football Academy and Molynes United battled to a 2-2 draw in their Jamaica Premier League (JPL) match at the UWI/JFF Captain Horace Burrell Centre of Excellence on Sunday.

Nicholas Nelson fired Molynes into the lead after only four minutes into the game. However, two goals within 10 minutes after half-time, from Kesslon Hall (47th) and Liston James (50th) pushed Mount Pleasant into the lead. But Sergini Frankson ensure that new Molynes coach Anthony Patrick walked away with a point in his first game in charge, after he stabbed home from a corner three minutes from time.