Thompson Herah: There is no pressure 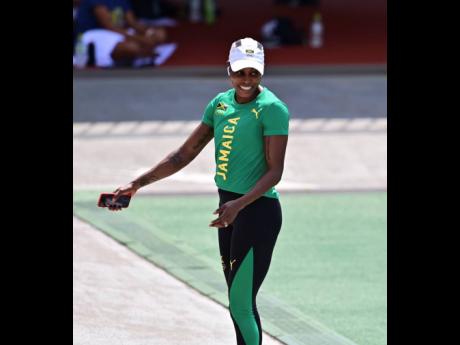 Elaine Thompson Herah, who sprinted into the record books at the Rio Olympic Games in 2016, becoming the first Jamaican woman to win the Olympic sprint double at the same Games, says she feels no pressure as she gets ready to stave off what is expected to be fierce competition for the sprint titles at the Tokyo 2020 Olympic Games.

"As athletes, you can't let pressure get to you. I do a lot of self-talk, and I motivate myself, and I said to myself that I will not let any pressure get to me. I know what to do, I have been to an Olympics before. This is my second Olympics. I know I have the battles and the struggles, but those all motivate me and I'm ready to take the track and take it round by round," Thompson Herah told The Gleaner.

"I am not going to underestimate anybody. It's the Olympics. Everybody wants the gold, so my main aim is to go out there and compete and just get on top of the podium," she said.

The sprint star added that she arrived in Japan full of confidence after her most recent performance and is determined to hold on to her titles.

"Reclaiming my double Olympic title is what I would consider to be success. That would be something for the history books. I created history before, and to do that would be a bigger history for me," said Thompson Herah.

After finishing third in both the 100m and 200m finals at the National Senior Championships behind Shelly-Ann Fraser-Pryce and Shericka Jackson, Thompson Herah clocked an impressive 10.71 seconds at the Gyulai Istvan Memorial in Hungary on July 6, her fastest 100m time since 2017 and just shy of her 10.70 personal best.

It was a welcome surprise for the 29-year-old.

"Going to the Trials, I was pretty much hurt. I got two third-place finishes there, which I needed to book my spot. So coming back and running 10.71, which is so close to my PB, I didn't know I had it in my legs. It was there, but it just wasn't there at the Trials at the time, which I had to rush to get ready for," said Thompson Herah.

"That result motivated me. It really lifted me and keeps me going, but, like I said, there is no pressure. I am taking it round by round," she added. "I have been here before. I might not be dominating how I wanted to, but I can't dwell on that. It's the Olympics now. It took us five years, and I am ready for it."