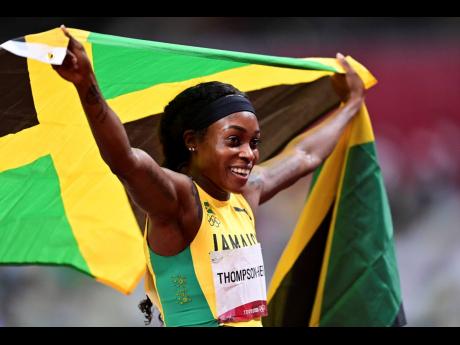 Double Olympic gold medallist, Elaine Thompson-Herah, was blocked by Instagram on Tuesday for posting videos of her 100- and 200-metres victories, respectively.

The four-time Olympic champion took to Twitter to inform the public that she had been denied access to the app for posting the videos, because she does not own the rights to post any video highlighting any form of Olympic content. In her tweet, she also wrote "see you in two days", which makes reference to her participation in the 4x100-metre relays. She will have a chance of winning a third gold medal if team Jamaica succeeds in making the final.

The International Olympic Committee (IOC), who owns the intellectual property rights for the Games, told Reuters that the Rights Holding Broadcasters (RHBs) have the exclusive rights to broadcast the Olympic Games.

"This includes distribution on social media, where athletes are invited to share the content provided by the RHBs on their accounts, but cannot post competition content natively. Should that occur, the removal of such content from social media platforms happens automatically," the IOC said.

The IOC, which gained $4 billion for the broadcasting rights of the 2018 Winter Games and the 2020 Summer Games alone, says that enforcing its intellectual property rights guarantees that the entity can redistribute as much money as possible into sports.

"The income from the sales of the broadcasting rights is an important element in the financing of the Olympic Movement and helps building the Olympic stage on which athletes can shine. The IOC redistributes more than 90 per cent of its income to the wider sporting movement, which means that every day the equivalent of $3.4m goes to help athletes and sports organisations at all levels around the world," the IOC said.