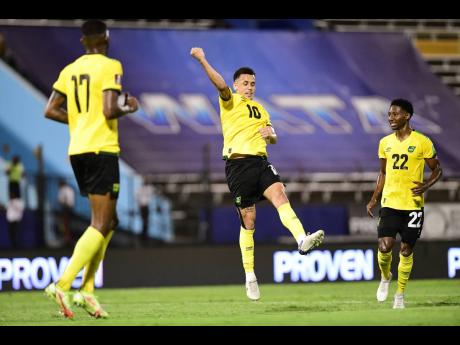 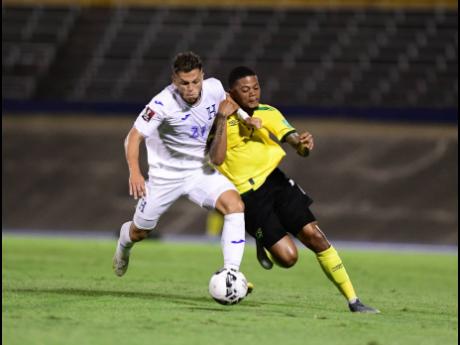 Jamaica ended their FIFA World Cup Qualifying campaign with a 2-1 win over Honduras at the National Stadium last night.

The Reggae Boyz, who have earned their second win of the campaign from 14 matches, ended the tournament in sixth place on 11 points. They were however out of contention for qualifying before heading into the game last night.

Leon Bailey, in the 39th minute, and Ravel Morrison, in the 45th, were the scorers for Jamaica, and Angel Tejeda scored for Honduras in the 18th.

Jamaica should have taken the lead in the ninth minute, but Daniel Green's weak close range effort was saved by Honduras goalkeeper Luis Lopez.

Green, who plays for Mount Pleasant Academy in the Jamaica Premier League, also came close to scoring two minutes later, but after collecting a through pass from Morrison inside the 18-yard box, he fired his shot straight at Lopez.

The Reggae Boyz were made to pay for their early missed opportunities when Tejeda gave Honduras the lead from the penalty spot after Adrian Mariappa handled the ball in the box.

Jamaica fought their way back into the match as they were given the equaliser through Bailey from the penalty spot.

The hosts were awarded the penalty after defender Jamoi Topey was brought down inside the penalty box from a tussle with Honduras defender Wesly Decas to win Bailey's corner kick.

Jamaica, who were cheered on by a small crowd at the stadium's grandstand, took the lead on the stroke of half time, when Morrison's powerful low shot off another Bailey corner went through a wall of players into the back of the net.

Canada qualify for the World Cup as winners of the round on 28 points, same as Mexico who finished second on goal difference. The USA also advanced in third on 25 points. Costa Rica, who also had 25 points but a smaller goal difference than the Americans, finish fourth and enter the continental playoffs against New Zealand for a chance to go to Qatar in November.