Measured approach for Fraser-Pryce this season 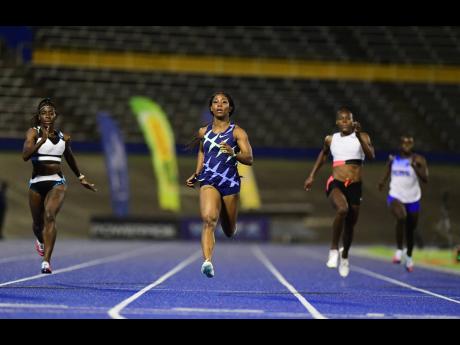 Shelly-Ann Fraser-Pryce (centre) in action in the Women’s 200m final at Velocity Fest 11 at the National Stadium on Saturday. 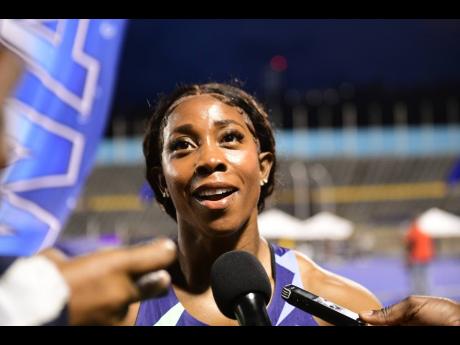 Fraser-Pryce speaks with journalists after her Women’s 200m final at Velocity Fest 11.
1
2

Four-time 100m World Champion Shelly-Ann Fraser-Pryce says she will be taking a much smarter approach to her season this year as she looks to defend her title at the World Athletics Championships in Eugene, Oregon in July.

Fraser-Pryce said she plans to limit the number of races she will run this season, but she is still unsure about competing over 200m in Eugene.

"I will have to see how it goes but, mentally, I am up for anything once I am in good shape," Fraser-Pryce said. "As you know, I am looking forward to going to Paris (the 2024 Summer Olympic Games), so I am going to make sure that I am very cautious in the amount of races that I run and, of course, the aim is to defend the title in Oregon."

Fraser-Pryce, opened her season at Velocity Fest 11 with a time of 22.79 seconds for second place on Saturday.

She got off to a fast start and led the race up to about 180 metres before slowing down, allowing Bahamian sprinter Anthonique Strachan to win in a season's best 22.55 seconds.

"Listen, 10.6 after having that season last year, it has definitely opened a new door for me in terms of the dreams and just the goals that I am chasing for this season," she said. "I am definitely looking forward to running 10.5 and possibly 10.4, so that is the aim.

"I think I am on my way to doing that, I just have to just continue to trust that God will get me the strength, and trust in the coach (Reynaldo Walcott) and just continue to put in the work.

"Once you are training and you are doing well, you set those kinds of goals for yourself, because it is something that I am attempting, and last year, I opened [the season] with 23 seconds and I went on to run 21.7. So a later start to the season, I ran 22.79, so I am feeling good."