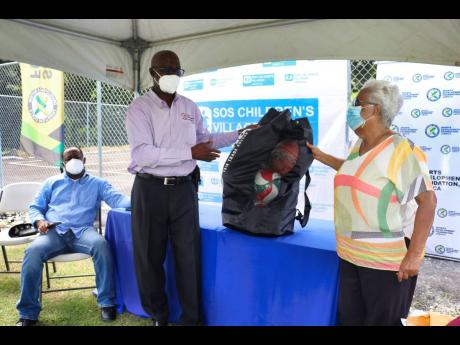 The Sports Development Foundation (SDF) has refurbished the multi-discipline sporting facility of the SOS Children's Village in Stony Hill, St Andrew, for the benefit of the residents. It costs $5.6 million.

The donated playing surface was officially handed over by the SDF during an intimate ceremony recently. The SDF, with the assistance of donors, took three months to complete the project.

The court is expected to positively impact those living at the village who are now able to play basketball, netball and volleyball on the modern sporting surface.

General manager of the SDF, Denzil Wilks, credits the entity's workers and the staff of the SOS Children's Village for demonstrating resilience in completing the upgrade of the sporting facility to the delight of the children and young people at the institution.

Marjory Kennedy, board member of the SOS Children's Village, praised the generosity of the SDF and highlighted that this year SOS Jamaica is celebrating 50 years of providing a loving home for young people in need.

In addition to the upgraded sporting facility, SOS Jamaica also received two netballs, two basketballs, two volleyballs and one football from the SDF.