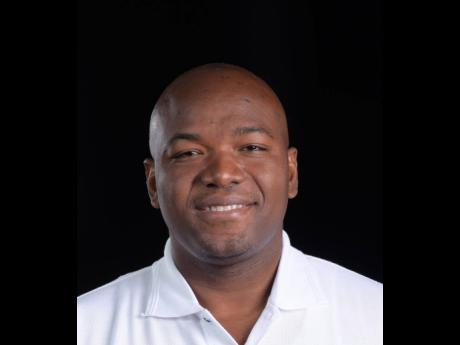 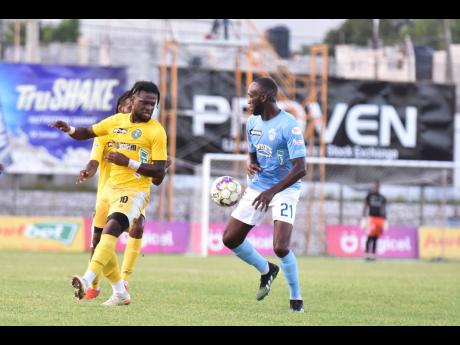 Vere United’s Ricardo Dennis (left) battles for the ball with Damion Binns of Waterhouse FC during a Jamaica Premier League match at the Anthony Spaulding Sports Complex on June 6, 2022.
1
2

As Vere United enter a new era under former Reggae Boy Linval Dixon, club president Lothian Cousins pledged the board's full backing in shaping the club's youth revolution as the club prepares for its fourth season in the top flight.

Dixon, who was part of Jamaica's historic 1998 World Cup qualifying campaign, was confirmed by Cousins as its next head coach on Monday, succeeding Donovan Duckie who departed the club after two seasons.

Dixon will make his return to the Jamaica Premier League as a head coach, his last appointment being at Portmore United between 2015 and 2017.

With an emphasis on emulating the youth model which has garnered success for Harbour View and Cavalier, the last two Jamaica Premier League champions, Cousins said that Dixon is the ideal man to lead the club in this new direction.

"(We do not want) to try to get the players that are old and stuck in their ways and don't have anything good about them in terms of their attitude (because) that will creep into the younger players' mindset and their attitude. We have to look at the model like Cavalier and Harbour View, who spend little to no resources and end up at the top of the competition," Cousins told STAR Sports. "And I am firm in the view that coach Dixon will be that man who will try to ensure that the young players at the club are given the exposure that they need."

Vere United are coming off a 2022 campaign in which they finished 10th in the table with 20 points. Amid concerns about the transfer business that was done under Duckie, Cousins refuted any notion that specific targets were not pursued by the club and reiterated that Dixon will have the full backing of the board regarding transfers in helping to shape his vision.

"We place all support behind our coaching staff. We do not block the transfer of players. We are not that type of club. Coach Duckie had free reign to do anything he wanted to do at the club. And that played out in his exposure of the young players," Cousins said.

"If coach Dixon wants a senior player to join the ranks of the team, we are all open for that. I have had many coaches that wanted to partner with us on this endeavour. But we have chosen to continue with the current system in place and have coach Dixon lead us."

Cousins says that they are aiming for a return to the playoffs after their first appearance in 2021, in a season that he said is pivotal with the return of relegation for the 2022/23 campaign.