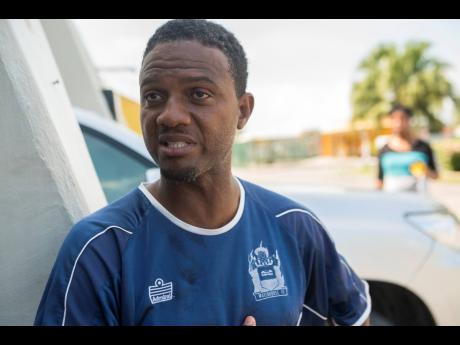 While not making any promises of a St George's College resurgence, assistant coach Marcel Gayle says that the programme's rebuilding process is progressing as scheduled as they look to have an improved showing in this season's ISSA/Digicel Manning Cup competition.

St George's College showed the results of their work in an entertaining 5-5 draw with reigning champions Kingston College (KC) on Saturday in the traditional Roper Cup pre-season game at Winchester Park.

Justin Nelson led the scoring for the 'Light Blues' with a hat-trick in the 33rd, 43rd, and 52nd minutes, while Raheem McIntosh added a brace in the 36th and 48th minutes.

KC got their goals from Dujan Richards in the 28th and 60th minutes, Damoie Byfield (31st), Demario Dailey (46th minute) and an own goal in the 47th minute. St George's defeated KC won 3-1 the Under-40 match and won the Roper Cup 8-6 on aggregate (based on a combination of the schoolboys and Under-40 scorelines).

St George's failed to advance from the first round of last year's Manning Cup and Gayle said the experience has sharpened the team in their attempt to make a deep run with their new core of players.

"We are much better than last year. That is without a doubt. We are more competitive this year. I mean these are the same boys that would have garnered experience and would have come under that umbrella. But we are just going to take it a game at a time. We are still in the pre-season but we are looking much better," Gayle said.

St George's finished in fifth place in their group last year conceding 19 goals and only scoring six. Gayle said that the attacking display was encouraging but knows that they will be in for a tough campaign as the two sides will meet again in Zone A, which is projected to be a difficult group.

"Every year it is no different. We have to take it one game at a time. We are working on things that we need to improve on. Hopefully, by the time we get to September 10 we will be ready," Gayle said.

With homes games returning to Winchester Park this season after playing in centralised venues last year, Gayle said that it should give the young core a boost in their aspirations this season.