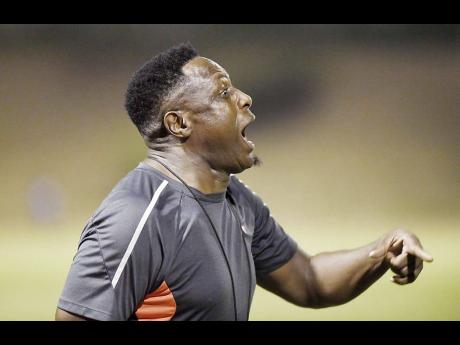 Wolmer's Boys coach Jerome Waite says he is at the school to make a difference and is encouraged by his team's 2-0 win over the highly fancied Camperdown High in their Group E Manning Cup match at Heroes Circle yesterday.

Jahmani Bell headed the home team in front after eight minutes and captain Dante Dacres sealed the win with a solo effort after 54 minutes.

The experienced Waite pointed out that many observers had Camperdown as favourites prior to the match, based on their performance last season, but he noted that Wolmer's will be no pushovers.

"Everybody said Camperdown are one of the favourites but anybody who comes up against Jerome Waite knows it's a different thing," said Waite who has won the competition in the past while coaching Charlie Smith High.

"So people can expect great things from Wolmer's, now that I am involved," Waite added.

The home team started brightly and got an early reward, when Bell redirected a header past Tjorn Adams in Camperdown's goal.

Both teams were reduced to 10 players after Wolmer's Ronaldo Thompson and Camperdown's Devante McCrae were ejected for violent conduct in the 20th minute.

The Donovan Lofters-coached Camperdown gradually got better and towards the end of the half had the game under their control but wasted good chances to equalise.

Wolmer's started the second period the better team and eight minutes into the half, captain Dacres wormed his way through a host of defenders before squeezing the ball under Adams at the near post.

Camperdown coach, Lofters, said despite the loss they remain in high spirits and he is confident of topping the group.

" Although we lost we still have our spirits up. My red card was a bigger impact because that is Devante McCrae our leading scorer and talisman.

"But it's our first game. We tried but it was not the result we expected but we are going to win this zone," he stated.