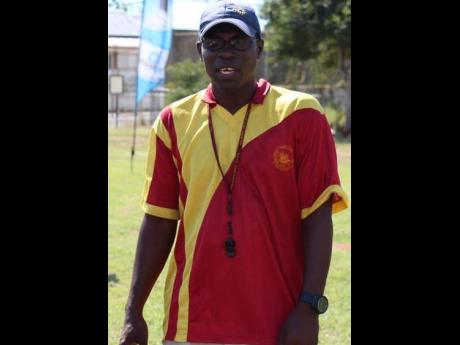 O'Neil Ebanks, Wolmer's Girls' School volleyball coach, is confident that his wave-building approach to the sport at the institution will continue to bear fruit in the next three years.

According to Ebanks, he was surprised when Wolmer's won their 27th Inter-Secondary Schools Sports Association (ISSA) National Championships title in April, but work has already begun to enable the girls to secure more victories among their peers.

"When it comes down to a certain time, we will be able to rise to the occasion because basic volleyball or simple volleyball will take you very, very far," Ebanks said.

Volleyball has been a constant source of success at Wolmer's over the years, with wave after wave of ball bouncers triumphant each year. The COVID-19 pandemic stopped the wave, but Ebanks is rebuilding it from the ground up, which increases his confidence.

"Over the years, I did what I call a wave effect, meaning I had a group of players in every year group. Every first form, every year, I would have a batch of players and they would move up from second form to third form.

"So, there's always the wave effect. I only have two players from those previous programmes," he said factually.

Ebanks stated that the 3-1 (16-25, 25-23, 25-16, 25-16) victory Wolmer's had over Hillel in the final of the schoolgirls' competition in April was unexpected because of the quality of his players, with the first objective being finishing at the top of the zone, which they accomplished.

"I wasn't looking to reach as far as the final but then I saw where we went through to the final and believe you me, I wasn't really looking to win it either," he said with candour.

The work to rebuild the wave has started. Ebanks is patrolling the physical education classes at the Heroes Circle school to find new players and once he pinpoints them, he introduces them to the building blocks of the sport.

"Every year, we go to fundamentals. So even the persons who play on the team and who are top in the team, when we come back, our first day of training has fundamentals. Basic passing, overhead plays, we go right back to basics, so the whole works. We start from the ground coming up," he lectured.

"Beginners training, which is different from the team training, again they get the basics, fundamentals in two weeks, so by the time they move up, they are able to execute certain techniques.

"So this period of time we're going through, as I always say, the first day of school is training so they come in, they train every day for the first two weeks. Then afterwards, we stagger our training and then I have my beginners who get their own training days and time," Ebanks, who has won 19 titles, said.