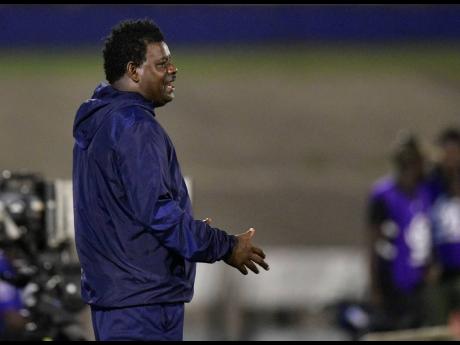 Tactician Donovan Duckie believes he has created a cohesive and competitive Montego Bay United for the upcoming Jamaica Premier League (JPL) season, despite taking up the coaching job for five weeks of preseason training.

Duckie, nevertheless, maintains that they are still in transition and require more work to become a force, as he tries to impart his philosophy and the aim at the different stages of the game to the players.

"The majority of the team is filled with youthfulness and the experience is not much to really highlight. We are still a young team, a team in transition to be experienced, so there is a fair amount of work to be done in the short term if we want to get some results," Duckie said.

"It will not be easy to transform this team overnight into a successful one. In order to make a change, we have to do things differently because if you do things over the same way, expect the same result.

"It's to understand how to function ideologically and to find the various methodologies that can do the trick in the short term. We want a more cohesive unit that can function as a team and that is our priority," he continued.

Last season while in charge of Vere, Duckie helped them to ninth in the table with 20 points from 22 matches.

Vere, however, were not very prolific, as they scored only 12 goals, three less than his current Montego Bay, who finished with five points less at the bottom of the standings.

Duckie believes he has players capable of putting the ball in the net but accepts that they do need additional work, to fine-tune their art of scoring, but insists he prefers to build from the back.

"When you are building you cannot build from offence. You have to build from defence and establish stability throughout the team and then try to get your goals. Goals give you games, but a solid defence gives you championships. If we are not giving up goals and the problem is to score, then we are closer to winning.

"We have persons that can finish. They are young and we will have to do work with them, but with preparation and the element of luck, we will get some goals," he said.

Duckie believes it is still too early to determine Montego Bay's competitiveness, having not tested themselves in any practice matches as yet and despite his satisfaction with their progress.

Montego Bay will open their preseason account against Waterhouse at Wespow Park on Sunday, starting at 3 p.m. and Duckie is calling fans to get behind them.