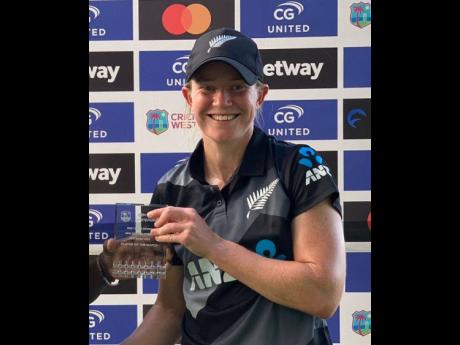 The West Indies women went down by five wickets to their New Zealand counterparts in the third Twenty20 International (T20I) at the Sir Vivian Richards Stadium yesterday, to trail 2-1 in the five-match series.

The regional women first made 93 for nine with captain Hayley Matthews getting 30 and Shakibi Gajnabi 19, against three wickets for Fran Jonas.

Matthews then produced a magical spell with her off-spin finishing with career-best figures of four wickets for 12 runs. The White Ferns, however, managed to get to 94 for five in 18.4 overs to seal the win. Maddy Green scored an unbeaten 49.

Losing captain Matthews credited her team for showing fight, despite the loss.

"The pressure was on from the time we went to bowl and the wicket was favouring the spinners today, but we didn't get enough runs on the board and it is something that we seriously have to look at in the last two T20s," she said.

The teams return to the same venue on Wednesday for the fourth T20I.