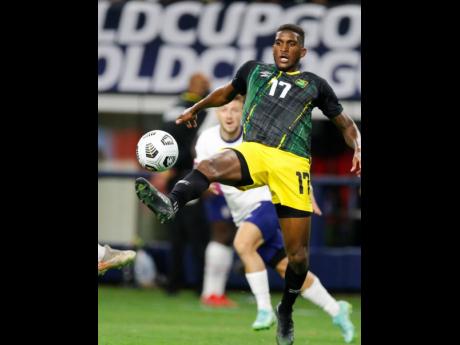 The decision was made yesterday after a league investigation found no evidence that Fountas directed a racial slur at Lowe during their game on September 18. While the league said that the allegation brought by Miami defender Aime Mabika was "credible", it could not be independently verified, leading to no sanctions for Fountas or DC United. At the same time, however, MLS said that it did not find credible Fountas' claims that he said nothing "discriminatory or otherwise" during interviews conducted as part of the investigation.

Video of the incident clearly shows Inter Miami defender Aime Mabika's sudden reaction to something he believed he heard from Fountas.

"MLS was unable to confirm independently through additional eyewitness accounts, video football or audio recordings what Fountas said in that moment, as has been the league's long-standing practice in determining player discipline for these types of allegations," the league said yesterday.

According to Lowe's teammate, American international DeAndre Yedlin, there was a bust-up between Lowe and "another player" when the alleged word was used. Mabika had accused Fountas of using the slur during that incident.

"Damion and another player got into a bit of a scuffle, as Damion walked away one of their guys called him the N-word," Yedlin said after the game. He later offered that the Miami players, after the incident, decided that they wouldn't continue playing if some action was not taken. DC United head coach Wayne Rooney took Fountas off in order for play to continue.

Fountas took to Instagram the following day to deny the allegations, saying that "despicable racial slur is one I denounce and did not use".

National midfielder Ravel Morrison, who plays for DC United, was one of the players interviewed during the investigations

The league said that it is planning to examine its policies around allegations of abusive and discriminatory language. Sanctions for those found in breach have ranged from fines to multi-game suspensions.