Convinced my woman is cheating with the neighbour 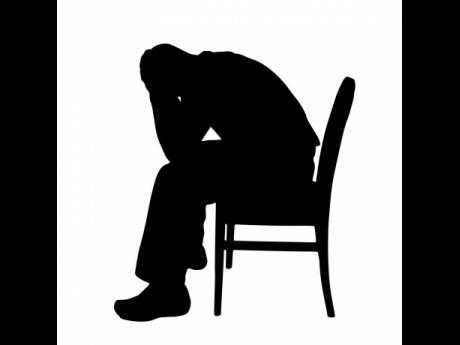 This is the second time I am writing to you. I don't understand why you are not responding to my letters. Perhaps I am not explaining myself very well. I am a hard-working man.

I took up a woman who has four children. We started to live together because she didn't have anywhere to go and none of her relatives could help her. She said she and the man she used to live with had a big argument because her daughter told her that the man 'put question to her' more than once. I did not have a woman so I took her in, but I found out recently that she was cheating on me. She became very close with my neighbour and when I was at work, he came to the house. She even cooked and gave him dinner, although he has a wife. Her children told me that he was coming to the house. She denied it and I told her not to let the man come back there, but she said she must have friends. One day she left the house to go to the market and she forgot her phone. I went into it and I saw messages that confirmed that she was cheating.

One of them said, "Thank you hunny, you're good at it." Another said, "When could we meet again?" I don't think I needed anymore confirmation that she was cheating. I asked her about these text messages and instead of explaining, she quarrelled and said I should not have gone into her phone. I know you will say I shouldn't have done that, but what I saw in there proved that she was cheating. I don't sleep with her anymore and I told her she had to go. She is begging me to let her stay, but she is not admitting to anything. She said a man could write and say anything. Do you think I can give this woman another chance? It is hard to know who to trust. Recently, when the children were in bed, she came into the living room and lay down on the coach and forced herself on me. She wanted us to have sex and I told her that I was afraid. She would not leave, so I played with her and brought her to climax, and she cried and went back into her room. She called me wicked. Do you think I am wicked? I am waiting to hear from you.

I could not encourage you to continue to have this woman as your common-law wife. You took her in when she had nowhere to go. She should not have got so close with the neighbour or allow him to visit her while you were at work. What you saw in her phone is not enough evidence to show that she went to bed to him with him. What is nice? Is it her cooking or is it her 'bed works'? That is not very clear. I don't think you are being wicked by asking her to leave. You shouldn't try to push her out of your house, but if you don't trust her, so she should find another place to go. On the other hand, you can make an appointment for both of you to see a family counsellor if you believe that you should give her a second chance. I cannot tell you what to do, but I don't believe she deserves a second chance. But that is totally up to you.