My girlfriend has too many tattoos and piercings 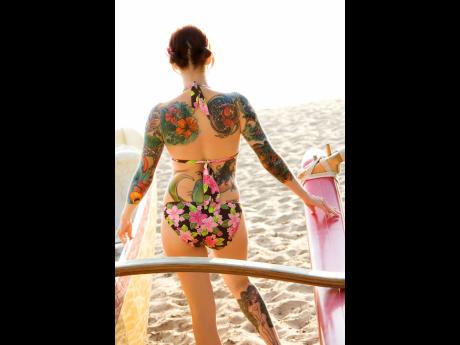 Pastor, I am a 26-year-old man and I was in love with a girl from the time I was a teenager. She is of light complexion. I went away to the United States of America and when I came back, I couldn't believe that this was the same girl. She has tattoos all over her body and she has pierced everywhere. You will be surprised to see where she has pierced. If you were to see her and judge her by her body piercings and tattoos, you would say she was a bad girl. My mother told me that I should not introduce her to members of our family and I should look for another girl.

I don't have a problem with finding a girl but when I told this girl that we would have to break up, she cried and told me that she had tried to be faithful and she knew my mother never liked her. I told her that I couldn't deal with the number of tattoos and the body piercings. Every night I go to bed I think of this girl and I had planned to marry her before returning to America. But nobody is encouraging me to do so. One mind tells me not to marry her and on the other hand, I feel like I can marry her and when she gets to America, we can separate and she can go on her own. What do you say about that?

While you were away, did this young woman send picture of herself? Did you talk on video chats? How is it that you didn't know about the number of piercings that she did? I know you could not see the private part but if she did her face and other parts of her body and had so many tattoos, you should have been aware of this change. Is it true that some women have too many tattoos and too many piercings and instead of enhancing their beauty it makes them ugly? Is it also true that they belong to a special category of persons, the ones who are called 'the wild kind'? You have to make up your own mind. Your mother does not like what she sees but she cannot choose for you. I cannot encourage you to marry this girl and to take her to America and then leave her. It would not be fair to her. I suggest that you give yourself more time before you make up your mind on what you should do.