Babyfather left me with three mouths to feed 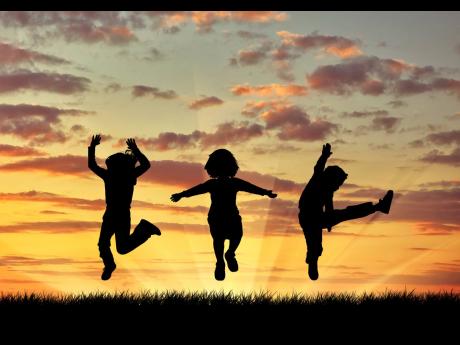 I am 41 years old, and I have three children: two girls and one boy. I have a male visitor. He sleeps with me sometimes, but most times he comes and goes.

All my children belong to one man and he left me and went abroad. He promised that he would come back and marry me but he changed his mind after he reached America. His relatives over there told him to stay, so he called me one day and told me he was going to get married over there to get his papers. But he said I should remain faithful to him because he was still going to come and marry me. I waited for seven years and then I gave up.

One of his brothers who is living in Jamaica is a farmer and he would bring produce from his farm for us. I was complaining to him about his brother's treatment and he told me if I could find another man, I should do so because he didn't think his brother was coming to Jamaica soon and it was not fair to me.

His brother was a very decent man. He would come and we would talk for hours. He would sleep over and early in the morning he would catch a bus and go back to the country. He has never put any question to me. I struggled on my own and I was able to get a National Housing Trust house. When I wanted some money to help me to buy this house and I asked my children's father if he could help, he sent me $10,000 and told me that I should put his name on the house.

One of my co-workers and I started to have a relationship. He wanted to move in with me but I refused because I did not want any man to live in my house and I have daughters. Sometimes I go and spend time with him. I told my children that he wanted to marry me and they all agreed that I should.

I told their father that I was thinking about getting married and he said that would not make any difference as far as he and I were concerned, because I will be his woman forever. His brother told me that he is all messed up in America. Things are not working out for him. I don't have any feelings for him and if I get married, and he comes back, there will be no room in my house for him.

I am glad for you ma'am. You are a wise and strong woman and your children's uncle who often brings produce from his farm knows that you are a decent woman and you consider him as being a man of good morals. Your children will honour you. You have not been careless with your life. The father of your children has not treated you well, but you don't have anything to be ashamed of and I want to wish you well. Your children's father is very out of order. He sent you J$10, 000 when you needed help to purchase your house and suggested that his name be put on the documents. He is a disgrace. He has no shame. Hurry up and get married and live a happy life.