My side chick cheated on me 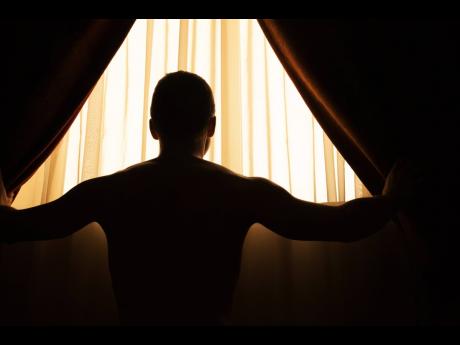 I am not married. I am staying with a woman in Kingston. I am a country man. She cooks for me and takes care of me. I try to treat her the best way I can.

It started out as a boarding situation. I am a big man so I have never done that. I told her that I had my babymother in the country, so I could not support two homes fully. Anyhow, I was glad for the opportunity to stay at her house because she was a very good friend of my co-worker.

I will not lie to you, after staying there for a while, she and I started to cohabit. She told me that as long as we did that, no other man could come to the house. I started to give her $15,000 per week. She was so glad for the money. One weekend I left and came back a day early. When I got there, I saw a man there in his T-shirt and shorts. She was very frightened. I asked her who the man was and she said it was her cousin. She told the man that I was her tenant and he asked how come he didn't know about me. She said she couldn't tell him everything.

However, the man became suspicious and called her into the room and I went outside. He got dressed and left. She swore that they were not involved. But when I looked, the sheet was not fresh, so I told her I was leaving. But she would not let me go. She took away my bag. I asked her if the man slept with her and she said no. I asked her what he was doing in shorts and T-shirt, and she said he was just making himself comfortable.

I am so disappointed because I got to love her. I was giving her that money, still buying groceries and I still have to take care of my girlfriend. This man has not been back on a weekend but I don't know what happened during the week. This is an area where rent is cheap. What do you think I should do?

You do not know this woman very well. Your friend got her to take you in and to treat you as a boarder. That meant you should have only got breakfast and dinner.

But the woman saw an opportunity to work herself into you. She was clever and I am sure she gave you extra good treatment and I am not here talking about sex. You said that she washed your clothes. You saw her as a 'nice' lady. I would not be surprised if you compared her to your girlfriend.

The young woman captured you. I imagine that whenever she cooked, she put everything into it. But my friend, you were naive. How could you believe that this woman didn't have anybody in her life? She told you that she had men but she dropped them. Why would she suddenly drop all these men at once? Sure, this man that you saw at the house was one of her guys. Perhaps he stayed with her for the weekend and was going to leave before you got there. I am glad you did not get into a fight.

You mentioned the area where this lady lives. I could tell you that you are right. The people in that community would not give you any information about anybody who lives there. So it would be a waste of time for you to even ask about her. You will have to step up if you want this woman to only have you in her life. You have to increase the money you are giving her because $15,000 for boarding is not much. Now you are having sex with the woman. So it is likely that this woman will give you 'bun'. Some people would say that $15,000 a week is more than enough because the rent is very cheap. In fact some people live in those houses for free as they have captured them.

You have a real problem now because you have two women. How are you going to deal with the matter? And you have now discovered that this woman has another man and perhaps others. Talk to the friend who introduced you to this woman and let him know how disappointed you are. I can hear him saying that he didn't tell you to become her lover.

I wonder what you have told your girlfriend. Perhaps your friend should help you to get another place to live, but it may cost you much more.