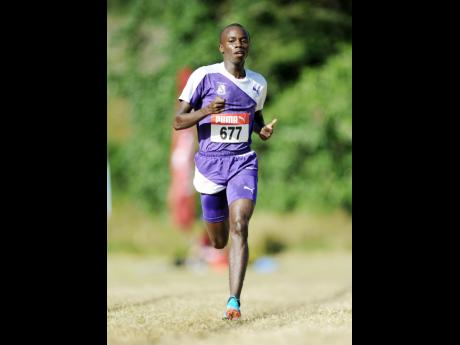 After being in second and third positions for the first three legs it was a brilliant anchor leg by Rowe which brought her team to victory and coach Megan Wilson-Copeland was pleased with her team's winning effort.

"I am feeling elated as we just started training two weeks before the event due to internal challenges," said Wilson-Copeland. "We have a very small team this year but a quality one and we are feeling comfortable going into the new season and this win is a good motivational one and as long as we get good support, we expect to do well at Champs," she added.

After a second-place finish a year ago behind St Elizabeth Technical, Kingston College went one place higher by winning in 15:47, the same time as second-place finisher Jamaica College. KC B placed third in 15:48. The winning KC team in running order was Amos Beadle, Kurt Dawkins, Ari Rodgers, and Tarees Rhoden. Rodgers was coming off a man of the match performance the previous day in their Manning Cup football encounter with Cumberland High where he scored two goals.

Hamlin Pagon, the man in charge of the KC middle distance programme, was pleased with his team's effort.

"I am encouraged by the effort being shown by the boys during training and am cautiously hopeful that this will translate into some good results," said Pagan.

It was extremely close between the top three teams throughout, but with less than 10 metres to go, Rhoden, the Carifta Games Under-20 representative, sprinted away before slowing down in the latter stages urging his teammate, Gio Henry, to try and hold off the Jamica College anchor runner.