Man gets sick after finding out he won Super Lotto 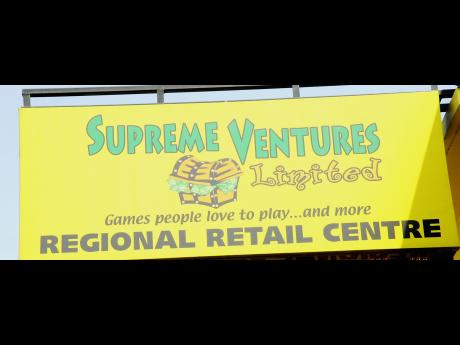 Jamaica's newest super millionaire said that he has been sick the day he found out that he won the Super Lotto.

Campbell says the lucky numbers were derived from a dream, which is a usual occurrence for the long time Super Lotto player. “I got the numbers from a dream. I don’t remember the dream for this set of numbers because I have so many of them. I bought nine tickets for this draw.”

Campbell found out he won during his regular Super Lotto ritual. “I found out the same night. Normally I would write down the numbers from the [televised] draw, eat and then go and check my numbers.”

But on the night of November 23, his ritual took a drastic turn.

“I looked at my ticket and ran into my bathroom and said ‘I won! I won!’ From the day I found out that I won I’ve been sick. My head hurt me for three days because I was thinking so much, if what I’ve been longing for really come true. I had a belly ache for two weeks, sometimes I feel so much pain I forgot that I won,” he chuckled.

Campbell, who has been purchasing Super Lotto tickets religiously since it was added to the roster of SVL games, says he was fully aware that the February 21 deadline to collect the jackpot was fast approaching.

“I was aware of the 90-day deadline, but I just wanted to get myself together before I came forward.”

Now that he has had over 54 days to think about how to spend his $158.4 million jackpot, Campbell says high on his list of priorities is to purchase a home,

He is also eyeing several investment options, so he can hold onto his once in a lifetime jackpot for as long as possible,

“I like to handle money. I don’t beg, I don’t borrow. So, I’m looking at things that can turn over the money. I have a little business, so I plan to make it bigger, buy an apartment. I love to have money,” he said.