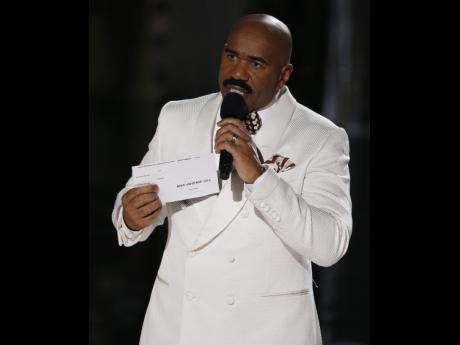 Steve Harvey holds up the card showing the winners after he incorrectly announced Miss Colombia Ariadna Gutierrez at the winner at the Miss Universe pageant on Sunday in Las Vegas.(AP Photo/John Locher) 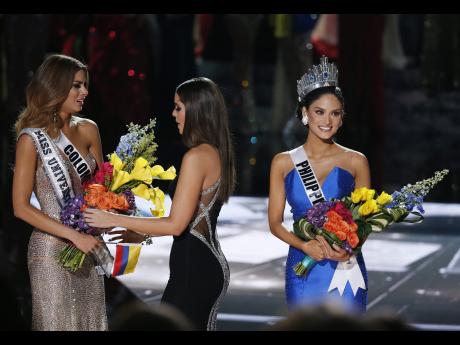 So the whole world is all over Steve Harvey like a bad rash for announcing Miss Colombia as Miss Universe last weekend when in fact it was Miss Philippines who had won the coveted title.

Ever since that mistake, which he owned up to by the way, even though it couldn't possibly be his fault alone - Harvey has become the butt of jokes and memes on social media.

"I'd like to apologise wholeheartedly to Miss Colombia & Miss Philippines for my huge mistake in making Steve Harvey," said a poster on Twitter known as 'God'. And that was one of the more decent comments.

The way people are behaving it's almost as if this superficial 'beauty' contest is more important than a person who happens to be a pretty decent man, who holds himself up to a very high standard.

The Steve Harvey I see counselling people and helping the less fortunate should not be coming in for such vitriol. It's wrong because at the end of the day he is human and we humans are not perfect. We tend to make mistakes. All of us make mistakes everyday. The only difference is Harvey made his on one of the biggest of stages. Despite that, it was only a mistake. The right winner was eventually crowned and all is well with the world. Well, at least as far as the Miss Universe is concerned. The organiser's have come out saying the wrong winner was on the teleprompter and Harvey has been invited to return as host next year.

The bottom line is that this was not such a big deal after all. It is only a 'beauty' contest where all the women look the same, and when considering that, it is perfectly understandable why Harvey's mistake was possible.

To me, Miss World and Miss Universe, and all these silly contests are like judging tins of sardines. They all look alike, the only difference being different fonts used on the labels and maybe the colour of the labels.

I honestly don't see why these contests are necessary other than for one race of people to impose on others their ideal of what beauty truly is. The vast majority of winners of Miss World and Miss Universe are of a certain height and a certain hue. Their facial features are very similar, they wear tons of makeup and hair extensions and they all want world peace.

Occasionally, these contests throw up a black woman, just like they do at the Academy Awards. After a couple decades of their nearly only light-skinned winners, the organisers throw a raisin into the mix to give it a little flavour.

So, am I to accept that Serena Williams, Lupita Nyongo'o, Juliet Cuthbert-Flynn, Shelly-Ann Fraser-Pryce, Veronica Campbell Brown, Dolly Castro, Shericka Jackson, Janet Jackson, Regina Hall, and Yolande Gyles-Levy are not among the most beautiful women in the world?

And we wonder why so many dark-skinned women bleach.

To me this is just another power play by those who believe themselves to be in charge; the same people who would have us all believe that Jesus is white even when he was born on the blackest continent on the planet.

It's why I pay no attention to these images and why each year if I took a test on who won Miss World or Miss Universe that year I would fail miserably. I am not buying that Kool-Aid at all and over time we all shouldn't.

That being said, I would be a hypocrite to say that the winners of these competitions don't benefit from winning. Winning changes their lives forever and in a good way, but if they are to make a believer out of me, I need to see more women with buttocks and that look more like the women I see around me every day, who happen to be intoxicatingly beautiful.

The greatest beauty one can find is in diversity and that is not very evident on the Miss Universe stage and hardly ever is. When you consider all this, can you truly hold Harvey responsible if he called out the wrong person as winner? At a distance all tins of sardine tend to look the same.