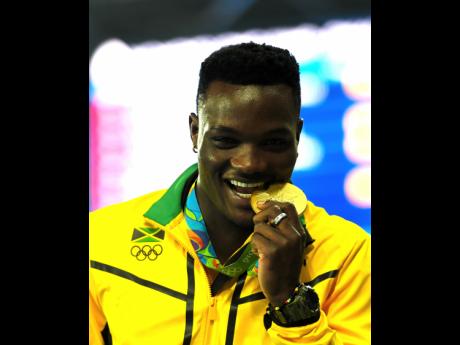 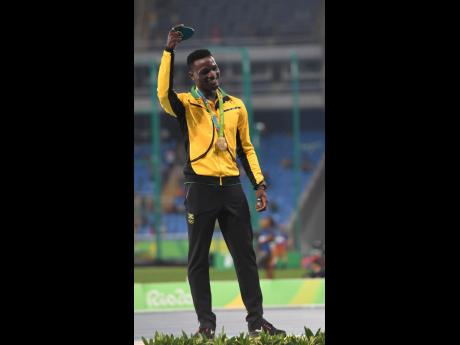 Most Jamaicans have been having a good time so far this week with what has been happening at the Olympic Games. From last Saturday night the country has been experiencing golden and historic experiences at the Games in Rio and we couldn't be happier.

On Tuesday night, Omar McCleod created a bit of history of his own by becoming the first Jamaican man to win an Olympic sprint hurdles title. His was a performance that crowned a year in which he was truly dominant. He had lost only twice this season (in races in which he fell) and has three of the four fastest times in the world this year. He was also the only man this year to break 13 seconds and was also the World Indoor Champion.

Omar McLeod is an outstanding young man. A talented athlete and a good student, and did you hear his articulate post-race interview and see how engaging he was? But apparently, for some of us that is not enough.

Because of his mannerisms some people has categorised him as someone that makes Jamaicans extremely uncomfortable. That I feel was what made someone send out a most unfortunate tweet that subsequently cost them their job. And rightly so.

I can never wrap my mind around why in someone's moment of glory while representing his or her country, should we try to tear them down because we believe they are different from we are. And belief is all it is. There is no evidence that the Olympic champion is anything we believe him to be. Sure, his mannerisms might not look like what we are used to but there can be many reasons for that. We don't know him or how he was raised. And whether or not those among us who feel that he is the way they feel about him is actually true, so what?

What matters is that he represented us and did so very well. He is World Indoor Champion and Olympic Champion. He is also the first sprint hurdler to break 10 seconds under 100 metres. The young man has created so much history in one year he is already candidate for any hall of fame that Jamaica will ever have for its greatest athletes.

And he is only just beginning.

Imagine how much greatness he can bring to Jamaica in the years to come. He, to me, is the most talented athlete that has come out of Jamaica since Bolt, a man who is about to retire from the sport thus creating a huge vacuum for the world of track and field and Jamaica to fill.

But instead of embracing the talent, the greatness of the man, we get all bent out of shape because we think he is something that he might not even be. From where I sit the problem is not with Omar McLeod, the problem is with us.