Abortion should be a woman's choice 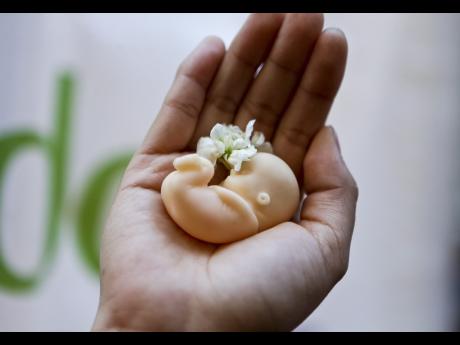 For a very long time, abortion was something that Jamaicans refused to accept as an option under any circumstance.

In 2018, I'm happy to report that it seems that the masses have evolved on this issue. The Gleaner conducted an online poll in May and their finding indicated that although seven out of 10 Jamaicans are firmly against abortion on demand, an equal number are adamant that it is the woman's right - and not the Government's - to determine if she is going to terminate an unwanted pregnancy.

I think this is great news because I've always felt like a part of the minority when I speak up for the right of a woman to have autonomy over her body without threat of prosecution. Outside of my annoyance of patriarchal laws that continue to plague modern women, I really do believe that keeping abortions illegal is simply not fulfilling the purpose that I think that lawmakers intended when they enacted this legislation. So I want to propose that we can have much better outcomes if we change this particular law.

So, if abortion was legal, it would immediately reduce the number of women who are physically endangered when they go to underground sources for their abortion. Instead, they can visit a licensed professional who can give optimum service to ensure the best outcome for their health.

It has been proven that abortions being illegal doesn't stop them from happening. Data show that in countries where abortion is illegal, 32 in every 1,000 abortions are performed in comparison to 12 in 1,000 for countries with legal abortions.

Another benefit will be the money the Government saves from investigating, locking up and prosecuting women and their doctors for performing this procedure. This money can be better spent on providing resources like pre-abortion counselling, or a medical exam. Women can even explore all the options available to deal with an unwanted pregnancy that are not just limited to an abortion. With illegal abortions, all of these services are off the table.

Treating abortion like a medical issue and not a criminal one allows for real conversation and efforts to find real solutions may not only improve the woman's life; it may even cause her to reconsider having the child, with the support.

We tend to underestimate the metamorphosis that a woman goes through when she's pregnant. This is beyond the physical changes in her body. With the state of mental illness in the world today, we also have to recognise that her mental state is also magnified, and so is whatever she's going through at the time of this pregnancy. It's not enough to just insist that she must carry the child to term.

Abortion is still a topic that gets very passionate responses from people, regardless of their personal feelings about it. At the end of the day, we have to get to a place where we have a nuanced conversation about it that goes beyond her responsibility to bring a new life in the world. I purposely haven't addressed the instances of sexual assault and rape, because a woman shouldn't't be forced into motherhood under any circumstance.

I have observed that there are representatives in Jamaica's Parliament who have been speaking up about abortion, and I am hopeful that change is coming. I will be watching.