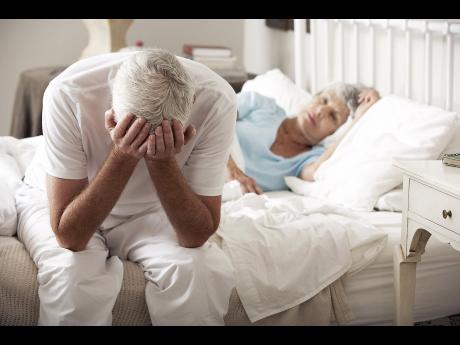 In most conversations about sex, it's understood that men love it, need it and should always get it as a matter of fact for their health and sanity.

In my own conversations with men about sex, they are very clear that any relationship that they have must include frequent, satisfying sex with a willing partner who wants it just as much as they do.

So it's very interesting when I saw this recent report of a condition called post-coital dysphoria which is experienced by some 20 per cent of men.

Simply defined, post-coital sadness is the feeling of sadness after sex. Typically, this is a condition that is experienced mostly by women, but this recent paper, published by the International Journal of Sex and Marital Therapy, has shown that men also have this experience.

The study focused on 1,207 heterosexual men and 41 per cent of them confessed to having experienced post-coital sadness.

One gentleman stated, "I feel a lot of shame. I usually have crying fits and full on depressive episodes following coitus (sex) that leaves my significant other worried, and every once in a while she has crying spells after the act, but hers are rarer."

It's an interesting perspective because men are not encouraged to express these types of feelings, so it makes me wonder how many Jamaican men have experienced post-coital sadness but have hid it from their partners.

I have personally spoken to men who admitted to faking orgasms, but I don't know of any who actually feel sad, or even cry, after sex.

In an era where we are seeing so many cases of depression and other mental illnesses, it's worth looking into.

We still have a culture that celebrates the alpha male and the hard display of masculinity. So the man who has these experiences will suffer in silence rather than seek help.

The causes of conditions like post-coital dysphoria are vast and varied, and can include genetic influences as well as environmental factors.

The key is to create awareness so the stigma around men seeking and getting help for this and other conditions will be eradicated.

As a start, their partners can create a space for open, non-judgemental conversation so he can express himself when necessary.

Mental health is integral to our overall health and it affects all facets of our lives, including sex.

So, let's try to be more empathetic and compassionate when faced with the various manifestations of mental issues like post-coital dysphoria.

Send your questions or