Sagitar scores again with You And Me 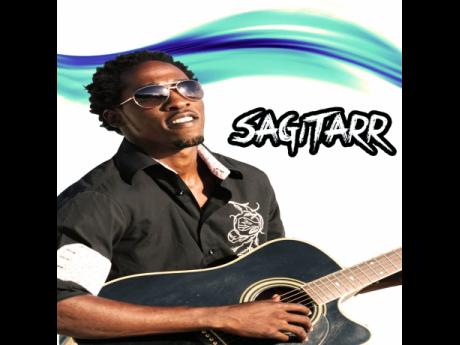 Moby's Records recording artiste Sagitarr is getting a major buzz on his latest single, 'You And Me', on the Moonlight rhythm for Daseca Productions.

Since the release of his video last week, Sagitarr has seen a boost in the popularity of the single,

"The song is playing on the radio hard, since the release of the video. The video link on Facebook has over 100,000 views on his fan page, the interaction, shares and likes, have been great," Ryan Singh, chief executive officer of Moby's Records, said.

The song is now in rotation on HYPE, RE, Swag and CVM TV.

Sagitarr loves the progress of his career this far. "I have been getting a lot of feedback on the video, so far the love is very strong," he said.

earlier this year with the breakout song, Usain Bolt Anthem. Originally released in early July, the song has resurfaced with a bang following Bolt's win in the 100m at the World Championships, and racked up a staggering 200,000-plus views on YouTube within hours of being posted.

"It was great, I met the runner about a month ago at Tracks and Records, and we hold a vibe and reason. He presented a drum set to my brother Young Ras. We ah keep the link, Usain played the Usain Bolt Anthem himself when he was on IRIE FM last week Saturday during 'What's the Scoop', and mi phone blow up," Sagitarr said.