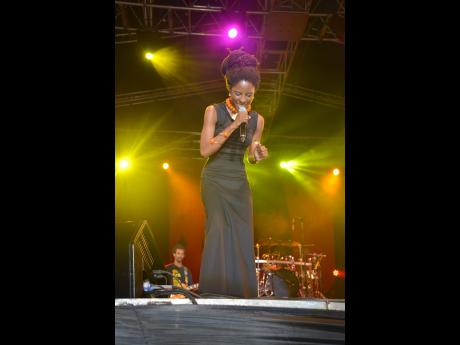 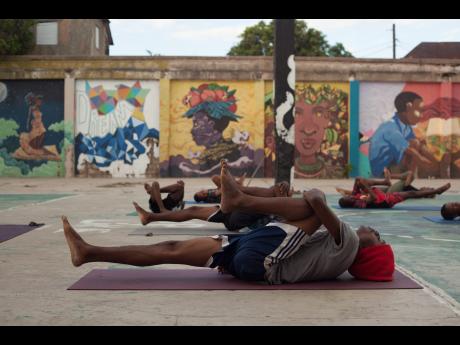 A free yoga session, held in downtown Kingston recently, was just one in a series of sessions that recording artiste and yoga instructor Jah9 intends to have in inner-city communities.

Recently, about a dozen residents of Fleet Street and surrounding communities gathered at the community centre to participate in a yoga session put on by Jah9, born Janine Cunningham.

The Avocado singer believes her free yoga sessions contribute to the upliftment of inner-city residents, the youth in particular. She said her sessions are intentionally given free of cost for those who are not able to pay for and attend the lucrative upscale yoga sessions flocked by the affluent.

"In inner-city communities, there is a lot of trauma, tension, stressors and distraction. There is the impression that where you live predicts that you are going to be a certain way. These sessions are a calming experience, and a powerful healing tool for the residents," Jah9 told THE STAR.

Being away on tours in places such as the United Kingdom and North America, within the past year, has hindered the songstress from hosting as many sessions as she would like, however, she hosts free pop-up sessions when on the island.

Nicumma 'Ikuma' Carr, a 32-year-old resident, who participated in the Fleet Street session, was enthralled by the new experience.

"It gives me a stillness of mind. I was taught to use my breath to control my mind, to empower myself. I think it's a really good thing for the community because it brings togetherness, 'cause all the residents can come and participate," Carr said.

Sherece Robinson, 20, from the neighbouring Parade Gardens, was also excited by the session.

"It teaches you a lot of things. It was a wonderful experience because it was like an escape from reality. It's like you a meditate and block out other people, and just focus on yourself. Mi neva know a so yoga nice!" Robinson admitted.

Jah9, who trained with Yoga Angels Jamaica, intends for yoga to have a perpetual impact in the communities.

"The intention is to train them in the principles of yoga to incorporate it into their own 'livity' and for them to train others as well because it is more than just breathing and stretching, it is a complete lifestyle," she said.

Jah9 said she will be working in collaboration with the Social Entrepreneurship Department at the University of the West Indies to host a series of yoga sessions across Kingston, but the plans are still in premature stages.

She welcomes community groups who are interested in having her host yoga sessions. She can be contacted at jah9online@gmail.com.