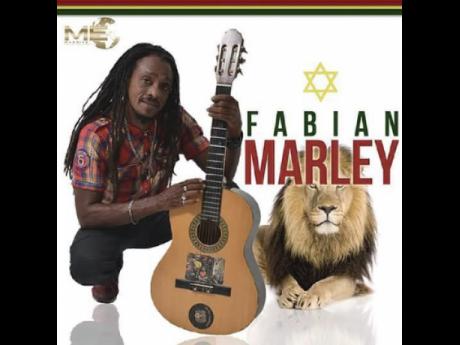 Reggae singer Fabian Marley heads to France to officially kick off the European leg of an exciting promotional campaign for his new single, 'Nah Say We Poor', on the Massive Entertainment Group label.

This will be Marley's first time in France - Paris, to be exact - and the singer is overflowing with enthusiasm and positive vibe.

Fabian, who wears many hats, including those of singer, song-writer, composer, arranger, producer and accomplished musician, is ready to put his career forward and let the public judge his talent.

He will be accompanied to France by his manager, Clayton Thomas, CEO of Massive Entertainment Group, which is based in the US. Quite understandably, Thomas is Marley's staunchest supporter, and although he admits that he heard of the singer through music industry links, it was the artiste's own raw talent that was the ultimate factor in making the management decision.

Thomas, too, is anticipating hitting the promotional trail and feels that Europe in particular will prove a great place to expose Fabian's artistry.

Nah Sey Wi Poor, along with another single, Through The Fire, both of which were produced by legendary producer Clive Hunt, were recently released. However, Thomas pointed out that the focus is on the former, which is playing on several radio stations in Jamaica, the wider Caribbean and within the US. He said the feedback has been "very positive and encouraging" and added that the accompanying music video has already been packaged. Thomas also explained that the Paris trip had been set back by one week, owing to the late granting of the required visas.