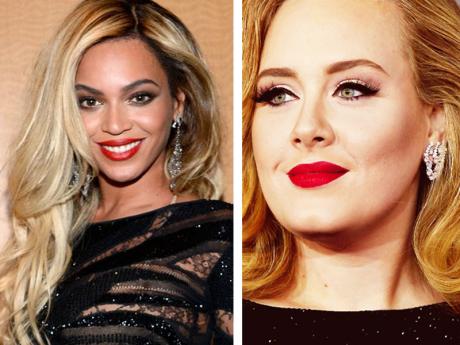 Everybody wants to collaborate with Beyonce, except Adele.

The British singer recently shunned the opportunity to collaborate with Queen Bey.

According to the International Business Times, "She went into the studio with Adele at the end of last year and tried to convince her to collaborate on a track. Adele turned down the offer, so now Bey is putting the song on her new album instead, which everyone is saying will drop before the end of the year."

Adele has been making headlines recently since the release of  her latest Hello, which has received close to 400 million views on her YouTube channel since it was posted less than a month ago.

Adele turning down Beyonce's request comes as a surprise to many as she has shared in the media that she adores Beyonce and has been listening to her music for a long time.

Well, it's like Beyonce says "what goes around comes back around." Let's see where this goes.