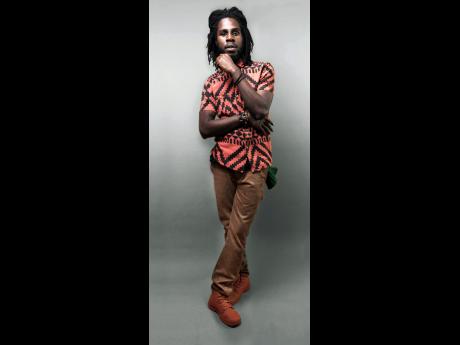 The Facebook page of popular reggae artiste Chronixx has been hacked.

Chronixx, whose real name is Jamar McNaughton, admitted on Monday that his page was compromised and apologised to fans for the obscene contents that were posted.

Among the posts was one titled, 'Sex positions That'll Get her Off Every Time Video'. It was accompanied by an animated image of a naked man lying on a bed while straddled by a naked woman.

Immediately, fans responded to the post in defence of the artiste, who is known for uplifting lyrics and social

One fan said, "I know this is not Chronixx, so all you waste people better wake up and realise that whatever you sow you shall certainly reap. Fyah fi di enemy!"

"I love how everyone knows Chronixx didn't post this. His character speaks for itself," posted another.

However, there were others who felt that it natural for a man to speak about sex and questioned why the post created such a stir.

"Really guys, if he (Chronixx) feels he wants to talk about lovemaking what's so wrong. It's a normal thing. Why is the topic so tabooed?" one person questioned.

beauty queen Yendi Phillipp's Facebook page was hacked and similar lewd contents were posted. She later confirmed the hack and apologised to her fans.