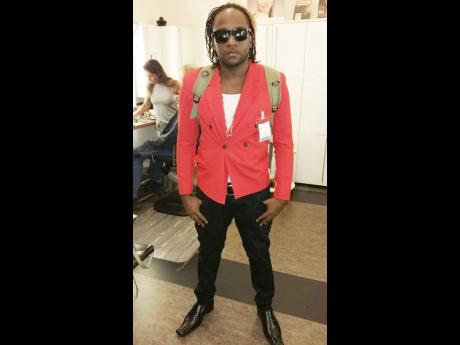 "We went to Sweden, Germnay, we were suppose to go France but it had to be cancelled, but it's in the making for next year," Ovadose said. "It's a good look, the tour was well delivered, we represent dancehall to the fullest, Mixmaster Ovadose and the whole Team DUN Dem.

"Members of DUN Dem team are organisers of the inaugural staging of the Dancehall World Cup competition, which they were promoting.

Ovadose, one of Ocho Rios' top selectors, is the DJ who plays the music for the dancers.

Ovadose, who has his own team in Ocho Rios, called Team Mix and Believe, described the experience as wonderful.

"I really appreciate the tour, I experience a lot of things because mi neva know yuh have white people in certain country, wha seh dem own dancehall. Mi haffi really give thanks still for the experience an' jus' know seh, dancehall, we fi really accept dancehall and treasure it 'cause dancehall ah wi everything, as a Jamaican, yuh si mi. The experience was overwhelming, the people them accept Mixmaster Ovadose as a dancehall reggae selector, the music was up."

Mixmaster Ovadose thanked Tam Mix and Believe for holding the fort while he was on tour.