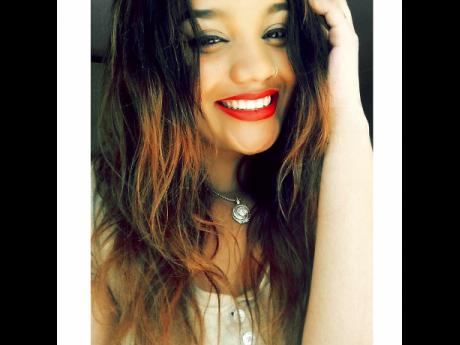 Already with the looks and the voice to thrill, Mandeville, Manchester-based singer Drina is hoping for a successful 2016 with her latest release, 'Man Thief', on the Rude Intent rhythm, which also features Mavado and Masicka.

She had released Mi A Whine earlier this year and, encouraged by the response, recorded Man Thief.

Produced and managed by Sanjay 'Freeze' Pennant on the Zionnoiz Freeze Records imprint, the song is already creating a buzz on the airwaves.

"For next year, I'm hoping to become more popular on the local music scene, do some shows, get some experience. Right now, I'm just putting out music, trying to build my catalogue."

With this goal, Drina has already recorded other tracks and is just waiting to get more songs on the road.

Originally from Treasure Beach, St Elizabeth, Drina moved to Mandeville about a year ago to focus more on her musical career, which she started taking seriously about five years now.

"I do dancehall but I'm more of a reggae crossover artiste," she said.

Drina is satisfied with how her career has progressed so far and is patiently waiting for the break.

"You have to be very patient and humble and you have to put in the work in order to succeed."