Vybz Kartel mixtape to be released on Valentine's Day 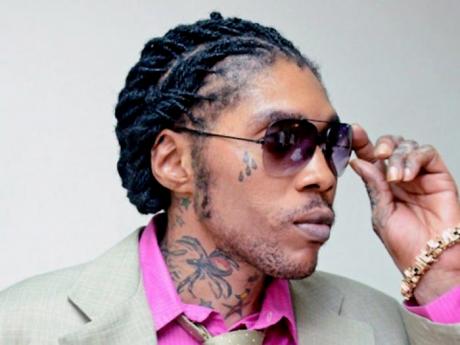 Popular sound system Wildcat Sounds is announcing that a mixtape with some of Vybz Kartel's most popular 'love' songs will be released on Valentine's Day as a tribute to the incarcerated deejay and his talent.

Gianpaolo Criscione of Wildcat Sounds told THE WEEKEND STAR that his team decided to put the mixtape together to show people across the globe that the deejay also has a soft side to him.

"Talking about Vybz Kartel, the first thing that pops up in our minds is the fact that he is known as a badman artiste," he explained. "With this promotional mixtape I wanted to do a tribute Vybz Kartel directing listeners' attention to a different side of his music - the most passionate and romantic, and that's why it's being released on Valentine's Day. Vybz Kartel is one of the greatest artistes of decade, but in Europe most people know only his dark side."

When quizzed about whether his team received permission from the jailed deejay to use his music, Criscione made it clear that the mixtape was not done for sales, but only as a tribute to Vybz Kartel.

"This is not an official product. I don't sell music that I don't own," he said. "You will not find it in stores or on CDs, it's just a free streaming mixtape for promotional purposes only. I think promotional mix tapes can better spread the different tunes to a growing crowd," he said.

He added that, "Here in Europe dancehall and reggae are still underground musical movements, but their potential is huge. We don't have major media, radio show and TV dedicated to Jamaican culture only, and as a big fan of Jamaica's music and of 'Worl Boss', I wanted to give it more exposure."

The mixtape will include songs such as Enchanting, My Heaven My Hell, Gon' Get Better, Conjugal Visit and Love You To Mi Heart. It will be available for download on the sound system's website at www.wildcatsound.com, as well as their sound cloud account.