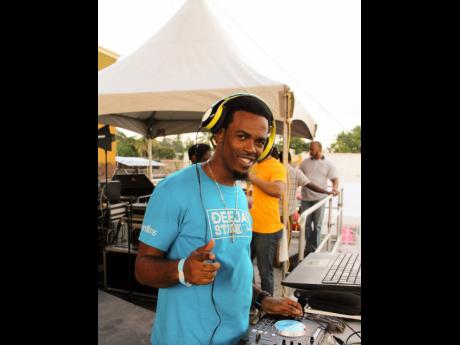 Its carnival time and not even Christendom will escape the infectious beats of the Soca music.

The mix which is strictly high energy Soca music is said to have a majority of songs which were released this year with a special feature of a remix done of Minister Blessed’s Wash All Away on the Kan Kan Riddim.

Deejay Sticko told The STAR that there is something about Soca music that he feels connected to and makes him feel good. He however quickly added that doing this mix tape was not about him.

“Last year August, I launched a mix tape named Pulsate and kept an event based on it and since then people have been asking if I'm doing another pulsate concert. While that was not in the plan I still considered it and a close friend of mine from Armour Studios that I currently work suggested that I do a full length Soca Mix and so I did,” he said.

The Gospel Deejay of over five years says that he is known for his soca playlists at various events and that now is a fitting time to release a mix such as this.

“Soca is getting massive air play around the Caribbean and so I think it is a good time to put out a work as this which would give Christians an alternative and help them fight the urge to go to carnival.

Pulsating Soca provides that energy in a positive way,” he said.

Deejay Sticko hopes that this mix tape will familiarize people with the various Soca songs that are made available to Christendom and that it will have a positive impact on their lives.

“I think Soca is easy to digest because people gravitate towards singing and melody and it is also closely related to African folk music. People just need to hear the music more so they can get to appreciate it. Not only with Soca but just about any genre. If there were more media for the music to be heard, then people will be more receptive,” he said.

The mix will be available soon on the various channels operated by Deejay Sticko.