Jahranimo inspires with Holding On 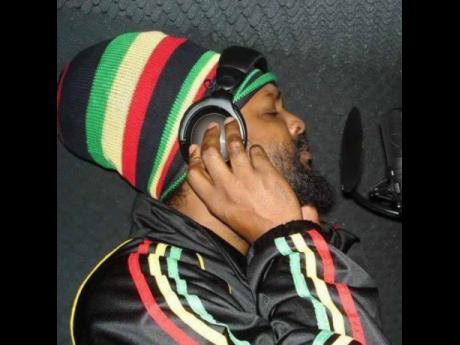 Music lovers in western Jamaica and in particular Montego Bay, St James, where he hails from, would probably remember an artiste by the name Apache.

Today, going by the moniker Jahranimo, the artiste remains relevant and is seeking to regain his place among the big names in reggae music.

Now a Rastafarian and based in Canada, Jahranimo is planning to release his latest album, Evolving, on his own Kushites Music label.

As a prelude, the artiste has released a single from the album, Holding On, accompanied by the video.

According to Jahranimo, Holding On seeks to inspire people who feel like giving up. He says the song evolved from a true experience.

"One of my closest friends actually lost his son, it made me feel like giving up on music," Jahranimo says.

But, Jahranimo explained, inspired by radio personality Elise Kelly of Irie FM, he turned the negative vibe into something positive and came up with the song Holding On.

"Holding On is for everyone who feels like giving up," Jahranimo states.

In addition to getting rotation on UK radio in Birmingham, UK, in Florida and New York in the US, in Canada and in Jamaica, the song has also been included on the latest mixtape by Hotta Ball and DJ Kenny.

Born Anthony Smith, Jahranimo started in entertainment at age 13 and later became associated with Tony Crab, who became his best friend and mentor.

After making his mark locally in the late 1980s, Jahranimo moved to Canada.