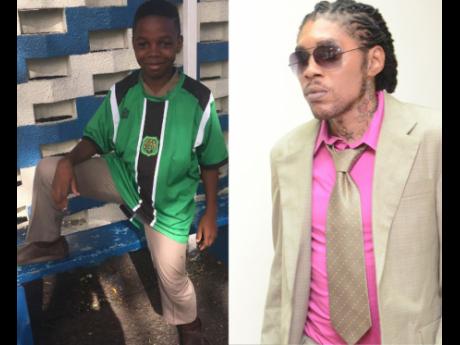 It appears that the chip doesn't fall far from the block, as Little Addi, son of Vybz Kartel, will be attending the Calabar High School in Kingston just like his dad.

Little Addi, whose real name is Akheel Palmer, was successful in the recent Grade Six Achievement Test (GSAT)  and will be yet again following his father’s footsteps having ventured into deejaying, and now enrolling at Kartel’s alma mater. He is expected to graduate from the Stella Maris Preparatory School later this year.

Akheel’s mother, Tanesha 'Shorty' Johnson, yesterday expressed elation in a post to Instagram with a caption of “good job my baby” and “fada too glad” in another, hinting at Kartel being swollen with pride regarding his son’s latest achievement.