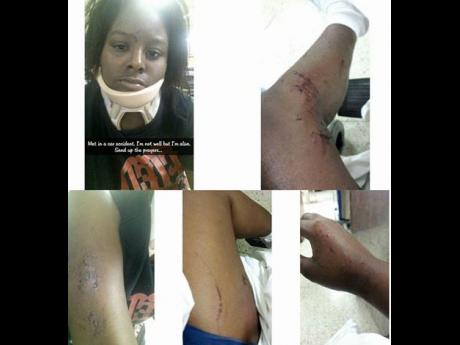 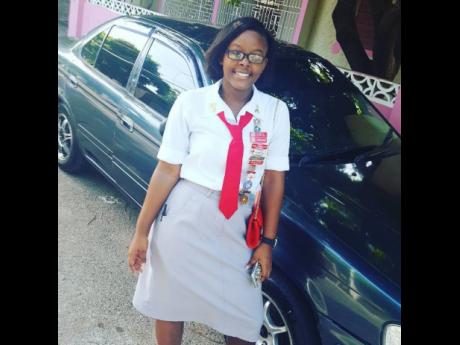 Orithia 'Missy' Bailey, the only daughter of the popular dancehall selector Richie Feelings, was involved in a car accident on Marcus Garvey Drive on Thursday, which has left one person dead.

The driver was allegedly speeding, and lost control of the vehicle which reportedly hit a stone and overturned.

The usually energetic Richie Feelings was overcome with emotions speaking to the STAR.  He  said his daughter, who is also the deputy head girl at the Queen's School, left home for the beach with friends.

"Normally me carry her everywhere she a go, but she’s responsible so she can go anywhere," he said.

He told THE STAR that he was on his way to a ball game when he received a phone call informing him of the accident.

"She was unconscious when I got there (hospital) and she woke up crying," he said. Adding that she was bleeding from her face, and had a few brusies on her hands and feet.

At the time THE STAR contacted the selector, he was at the Kingston Public Hospital (KPH), where his daughter is being treated.

He explained that an x-ray was done, and there were no signs of broken bones, but she is being held for observation.

“Me still no come to grip,” Richie Feelings expressed.

Recalling that the last words his daughter said before leaving the house were ‘daddy I’m leaving now’, made the incident almost unbelievable for the selector.

"It no really a go dung well wid me," he said. "Three of them were on the back seat, the other girl died and the guy has a patch over his eyes, look like him nah see out of one eye," he added.

Despite the bruises, and injuries he is happy she will not be hindered from starting university in September. " Yuh know she could have been dead, but she’s not, suh me grateful," he told THE STAR.